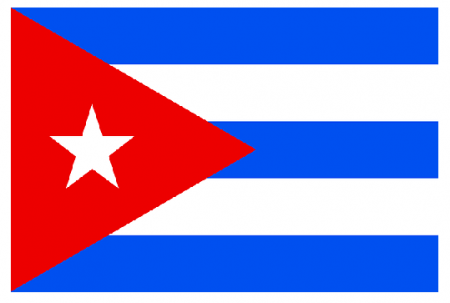 Without Education, No Development Can Take Place

Education is defined as “the act or process of imparting or acquiring general knowledge, developing the powers of reasoning and judgment, and generally of preparing oneself or others intellectually for mature life.” — dictionary.com Education is not only one of the most fundamental aspects of human development  but also plays a central part in one’s personhood, especially in today’s society.

“Educational efforts have had an impact on all fields because education is everything. Without education, no development can take place.” — Fidel Castro

The fact is given the role of education in human development, one is forced to ask, why is there such scant regard shown by society and politicians in particular for this area of human endeavor.

Today, most countries spend less than 5% of GDP on the education of their people. Moreover, millions of people are left outside of the formal education loop or lack access to education due to financial barriers created by some societies.

However, a country that has shown a remarkable difference in the education of its people amidst adverse circumstances is Cuba.

According to a World Bank classification, Cuba is placed in the top position in terms of investment in education for 2009-2013.

With nearly 13% (12.9%) of GDP invested in this sector, Cuba has made social policy a development model for nations as it leads the world, including the most developed countries, in this area.

Now, here are 15 facts about Cuba’s education system as reported by  academic exchange:

1. Since 1961, the educational system in Cuba has been run by the state nationalizing private institutions at all levels of education

2.  The education system is 100% subsidized by the government, meaning that Cuban students at all levels can attend school for free. The Cuban government has been investing a substantial part of its budget into education for many years.

3. According to a 2014 report by The World Bank, Cuba has the best education system in Latin American and the Caribbean and the only country on the continent to have a high-level teaching faculty. The World Bank Report also praises Cuba for its success in the fields of education and health, with social services that exceed those of most developing countries and, in certain sectors, are comparable to those of the developed nations. The country’s social system that ensures state-sponsored universal access to education and health services has helped Cuba to achieve universal literacy, eradicate certain diseases and provide universal access to safe drinking water and basic public sanitation. Cuba now has one of the region’s lowest infant mortality rates and longest life expectancies.

4. Cuba is also the nation in the world that allocates the highest share of its national budget, 13 percent, to education.*

5. Education is compulsory for children between the ages of 6 to 16.

6. Students attend primary school for six years, after which they proceed to basic secondary or high school for a period of 3–4 years.

8. From an early age, children are indoctrinated in their schools with the government’s political beliefs of communism. Parents who violate this code by teaching their children contrary doctrine face the prospect of prison.

9. All universities and technical schools are run by the Ministry of Higher Education (Ministerio de Education Superior – MES). The MES is responsibilities include managing the schools, regulating teaching methodology and courses, establishing educational policies and ensuring all the schools comply with government standards.

12. Political Clearance: Students must be cleared by the Committee for the Defense of the Revolution before they are allowed to take the university entrance examinations. Students demonstrating good political standing in relation to their Communist beliefs receive a letter of approval allowing them to take college entrance exams. Students with a “poor” political standing may be “blacklisted” from furthering their education.

14. Distance education is available for students in Cuba to study for a professional career. There are approximately 15 centers for distance education throughout Cuba providing degrees in the following career choices: History, Law, Finance and Accounting, Economics and Science and Technology. Requirements for distance education include completion of secondary education, one-year work experience and being between 25 and 35 years of age. Male students must also show proof having completed mandatory military service.

15. There are three stages in the university system which include the following: