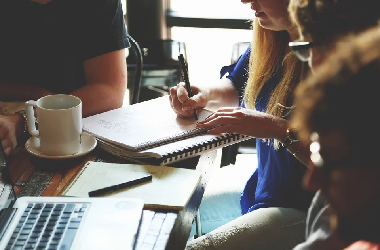 According to a report published by the Economic Commission for Latin America and the Caribbean (ECLAC) titled “Women’s economic autonomy in sustainable and equal recovery,” the COVID-19 pandemic has caused a setback of more than a decade in women’s labor participation levels in Latin America, where the female participation rate fell by 6% in 2020.

Consequently, there is now a 46% participation rate among women compared to 69% for men.

The UN-dependent organization indicated that around 118 million Latin American women are in poverty, 23 million more than in 2019.

ECLAC noted that during 2020 “there was a strong exit of women from the labor force, who, because they had to meet the demands of care in their homes, did not resume their job search.”

“We must move towards a society of care. The pandemic has shown us that those who know how to take care and take care of themselves will have better chances of survival in the short and long term,” said ECLAC Executive Secretary Alicia Bárcena at a press conference after presenting the report online.

According to El Economista, several countries are going through a second pandemic wave  and it has already infected almost 20 million people and killed more than 600,000 in the region and has caused the greatest economic crisis in the last 120 years in Latin America.

The organization noted that the contraction during 2020 was 7.7%.

With 626 million people and considered the most unequal in the world, the region encountered the pandemic at a time of economic weakness, which translated into growth that barely reached a rate of 0.1% in 2019. Before covid-19, ECLAC predicted that Latin America would grow by a maximum of 1.3% in 2020.

The head of ECLAC said the region “must invest in the care economy and recognize it as a dynamic sector for recovery, with multiplier effects on well-being, redistribution of time and income, labor participation, growth and tax collection.”

According to El Tiempo another of the sectors strongly affected by the closing of borders and restrictions on mobility is tourism, which is highly feminized in the region, with 61.5% of jobs occupied by women, according to the report.

For Bárcena, it is “urgent” to reinforce employment policies and ensure women’s participation in the dynamic sectors of the economy “under decent working conditions.”

Also, she concluded, “it is essential to advance in a new fiscal pact that promotes gender equality and avoids the deepening of women’s poverty levels, the overload of unpaid work and the reduction of financing for equality policies.”