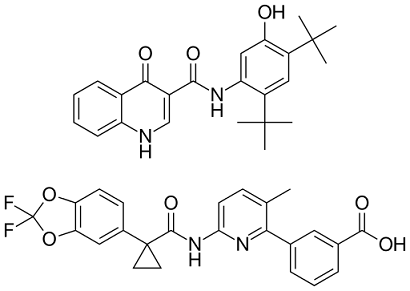 According to a press release, the U.S. Food and Drug Administration (FDA) has now approved the drug Orkambi for the treatment of cystic fibrosis (CF).

Orkambi is made by the Boston based manufacturing company, Vertex Pharmaceuticals Inc.

Patients who are 12 years and older and have the F508del mutation, which causes the production of an abnormal protein that disrupts how water and chloride are transported in the body can now use this product.

“The FDA encourages manufacturers to develop new and innovative treatments for serious rare diseases like cystic fibrosis,” said John Jenkins, M.D., director of the Office of New Drugs, Center for Drug Evaluation and Research in a press release.

“Today’s approval significantly broadens the availability of targeted treatments for the specific defects that cause cystic fibrosis,” he added.

According to the FDA, Orkambi has received the agency’s breakthrough therapy designation because the sponsor demonstrated through preliminary clinical evidence that the drug may offer a substantial improvement over available therapies.

The FDA also reviewed Orkambi under the priority review program. A priority review is conducted over six months or less, instead of the standard 10 months, and is employed for drugs that may offer significant improvement in safety or effectiveness in treatment over available therapy in a serious disease or condition.

CF is a serious genetic disorder that results in the formation of thick mucus that builds up in the lungs, digestive tract and other parts of the body leading to severe respiratory and digestive problems, as well as other complications such as infections and diabetes.

CF, which affects about 30,000 people in the United States, is the most common fatal genetic disease in Caucasians.

The most common side effects of Orkambi include shortness of breath, upper respiratory tract infection, nausea, diarrhea, and rash.

Women who took Orkambi also had increased menstrual abnormalities such as increased bleeding.