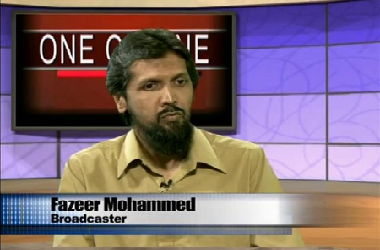 Given the shellacking of the Windies by Ireland, calls are being made by pundits and fans alike for Windies coaching staff to pack their bags and go.

This call comes on the back of West Indies going down in the CG Insurance ODIs series decider on Sunday.

The result gave Ireland 2-1 win – their first series win over the West Indies.

The visitors collected 10 more ICC ODI Super League points. West Indies are in eighth place in the 13-team table with 40 points, while Ireland moved to fourth place on 50 points.

In an interview on the program SportsMax Zone aired on Jamaica’s local television station SportMaxtv.com, host Lance Whittaker posed the question to ace Caribbean cricket commentator and journalist Fazeer Mohammed on whether the position of Philip Verant Simmons, the 58-year-old former Trinidadian and West Indies player and the current head coach of the West Indies cricket team is in danger or should be reviewed.

Mohammed argued that it should be “definitely reviewed” given the ongoing saga of failures.

“It cannot be a series of results like this,” said Mohammed.

The Trinidadian noted that performance matters and talk is cheap.

He lamented that there had been no continuous improvement in the batting department at all levels among the Windies players.

He called for a frank, honest, and open discussion, and if it leads to “Simmons and others having to be relieved of their positions, so be it.”

However, he was quick to point out that there is no easy solution, and bringing in other people may not necessarily solve the problem.

The silver tongue commentator argued that the problem is multidimensional, and the Windies has multiple challenges.

Albeit, he said an assessment must be done, and it should start with the coaching staff.