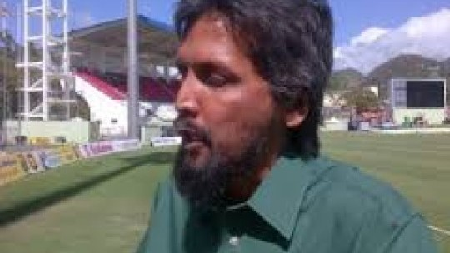 Caribbean leading cricket commentator and journalist Fazeer Mohammad has voiced concerns about the delay in the naming of a new coach for Windies men’s cricket team. The outspoken journalist who was banned from speaking to West Indies players prior to the Boxing Day Test between Australia and West Indies in December 2015 lamented the poor record the WICB has had with coaches, over the years.

Mohammed raised concerns following the official confirmation of Englishman Johnny Grave as CEO and Jamaican Jimmy Adams as Director of Cricket, but no mention of a coach.

He noted that despite the touting in the press of the Australian Stuart Law as the new coach, the silence regarding his appointment is deafening.

“If he (Law) is appointed he would be the fifteenth different West Indies coach in a 22 year period and if you look at the way the last two (Otis Gibson and Phil Simmons) were separated from the West Indies team, the track record isn’t encouraging for anyone who wants to take on the job,” Mohammad said according to a press report.

In April 2016, Mohammed criticized the West Indies selection policy for continuing not to select players such as Shivnarine Chanderpaul, Dwayne Bravo and Kieron Pollard.