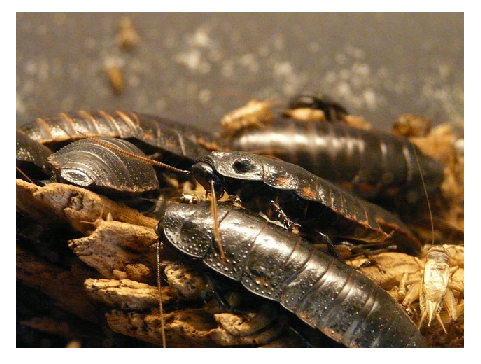 One of the most striking differences that one will find in travelling around the world is the cultural diversity in taste and food. In this regard, it is also fair to say that one man’s food is another man’s poison.

The fact is there are some foods that people eat that will not only make one squirms but would also require one to have a strong mindset and an iron clad stomach to partake of in eating.

Today, China has embarked on a program of farming cockroaches which is said to have a huge market potential for use in Asian medicine and cosmetic as well as the restaurant industry.

The country is now said to have over 100 cockroach farms with new farms being established on a rapid basis.

The low start-up cost has made the barrier to entry very easy thus attracting many people seeking for new business opportunities.

According to a Latimes.com report, “At least five pharmaceutical companies are using cockroaches for traditional Chinese medicine. Research is underway in China (and South Korea) on the use of pulverized cockroaches for treating baldness, AIDS and cancer and as a vitamin supplement. South Korea’s Jeonnam Province Agricultural Research Institute and China’s Dali University College of Pharmacy have published papers on the anti-carcinogenic properties of the cockroach.”

The report also added, “Li Shunan, a 78-year-old professor of traditional medicine from the southwestern province of Yunnan who is considered the godfather of cockroach research, said he discovered in the 1960s that ethnic minorities near the Vietnamese border were using a cockroach paste to treat bone tuberculosis.”

“Cockroaches are survivors,” Li said. “We want to know what makes them so strong — why they can even resist nuclear effects.”

That said, Chinese are not squeamish when it comes to eating all sorts of animals, fishes, insects or even herbs so farming cockroaches for the dinner table is par for the course.

The push by farmers to corner the restaurant business to serve up the cockroach delicacy as well as to promote it in fish and animal feed may help to further boost the Chinese economy.