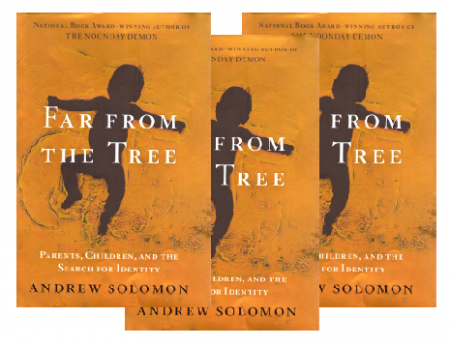 Peter Flom is an independent statistical consultant for researchers in social, medical, and behavioral sciences.

Writing on the popular website quora.com, Flom, in his review of the book titled, “Far from the Tree,” which is written by Andrew Solomon, notes that the book is subtitled, “Parents, Children, And The Search For Identity” and surmised that it will change the way one thinks about people, particularly people who are different. There is no such thing as reproduction. When two people decide to have a baby, they engage in an act of production, and the widespread use of the word reproduction for this activity, with its implication that two people are but braiding themselves together, is at best a euphemism to comfort prospective parents before they get in over their heads

The first chapter is titled “Son” and the last is “Father”. Each of the others is about a particular kind of difference:

Each chapter mixes personal stories of parents and children that fit the chapter’s title with more general information about the condition and, in most cases, communities that have sprung up around each condition. The only thing that all these conditions have in common is that the child is, in some way, far from the tree (at least in most cases – some of these conditions do have a genetic component).

I don’t agree with all that Solomon says; you probably won’t either. But that is not the point. This is not a polemic designed to change your opinion in a certain direction, rather, it is a book to open your eyes to things you might not have seen before. It is a book about the nature of humanity. Far from the Tree changed the way I think about people and I daresay it will change the way you think, as well.

Andrew Solomon is a writer and lecturer on psychology, politics and the arts. He is a winner of the National Book Award and an activist for lesbian, gay, bisexual and transgender (LGBT) rights. He is also the author of The Noonday Demon which is about depression.