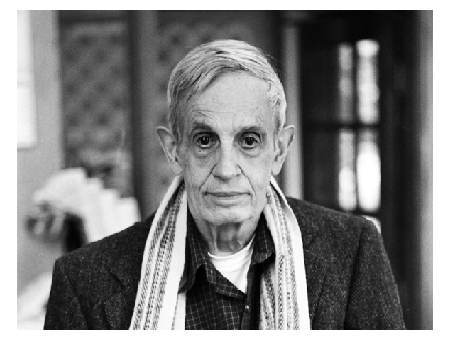 John Nash whose story was the subject of the movie “A Beautiful Mind” was killed along with his wife, Alicia, in a car accident  on the New Jersey Turnpike on Saturday.

According to press reports, the couple was on their way home from the airport.

They had just returned from a trip to Norway where Nash collected the Abel Prize for Mathematics from King Harald V for his work, along with longtime colleague Louis Nirenberg, for their work on nonlinear partial differential equations.

Nash, a West Virginia a native, shared a Nobel Prize for Economics in 1994, the year before he joined the Princeton mathematics department as a senior research mathematician.

He is known for his work in game theory and his struggle with paranoid schizophrenia, depicted in the 2001 film, “A Beautiful Mind,” starring Russell Crowe.

Nash set the foundations of modern game theory— the mathematics of decision-making—while still in his 20s, and his fame grew during his time at Princeton University and at Massachusetts Institute of Technology, where he met Alicia Larde, a physics major who became his wife.