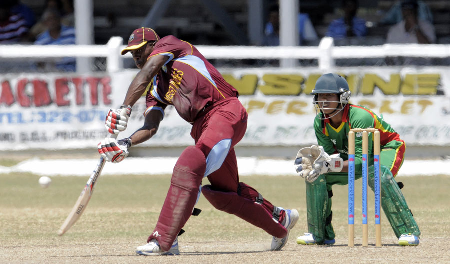 Horse racing like any other sports is performance driven. It is one of the most ancient of all sports, and its basic premise – to identify which of two or more horses is the fastest over a set course or distance – has remained unchanged since the earliest times.

In later times, Thoroughbred racing became, and remains, popular with the aristocrats and royalty of British society, earning it the title “Sport of Kings.”

The fact is the average punter will tell you that common horses do not win derby — it takes Thoroughbreds!

Now, fast forward to cricket, although an old game, it has evolved over the years with the basic techniques of playing the game remaining intact.

The truth is excellent cricketers are not easily produced, neither are Thoroughbreds, one must hasten to add — they are special.

This, now, takes me to the young Jamaican cricketer, Fabian Allen.

Unlike, for example, Reynard Leveridge, the youthful Allen is unheralded, unsung, and moreover, lacks visibility in pundits’ cricket talk — the invisible man.

However, Allen can take comfort in the words of Marley — You a-go tired fe see me face; Can’t get me out of the race.

Allen, the 21-year-old former West Indies Under-19 left-arm spin all-rounder, has been making strides and creating a name for himself locally since his formative years at Vere Technical High School.

As a school boy, he created national history by scoring 338 runs, which is the highest ever individual score in rural schoolboy cricket, surpassing the 325 made by Eltham High’s Shacoya Thomas.

He was also named RJR Communications Group 2012 Schoolboy Cricketer of the Year.

He made his first-class debut for Jamaica in the 2016–17 Regional Four Day Competition on 25 November 2016.

Prior to his first-class debut, he was part of the West Indies squad for the 2014 Under-19 Cricket World Cup.

He also helped Jamaica Scorpions to pull off a draw by lashing an aggressive half-century against Trinidad and Tobago Red Force.

Additionally, he played a few other cameo innings for Jamaica Scorpions each time he was called on to play.

So far, he has played 4 first class matches with the highest score of 77 and an average of 34.71. His strike rate of 92.74 also suggests that he is no Picasso.

For his bowling effort, he has eight scalps to show for it at an economy rate of 2.95.

That said, there is no doubt that Allen is a rising star and many would dare say in horse racing speak, a Thoroughbred.