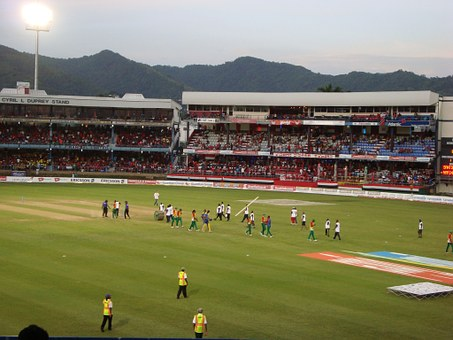 Will The Windies Tame Cricket England?

We are the army, the Barmy Army

Oh, we are bonkers, and we are mad

We are the loyalest, cricket supporters

That the world has ever had

The England cricket team will tour the Caribbean between January and March this year as they compete against the West Indies in three Test matches, five ODIs, and three T20 games.

And, no doubt, the Barmy Army will flock to the Caribbean, chanting in support of their team — England.

That said, it’s all ‘gun blazing’ in what’s set to be an exciting encounter. England is going into the cricket clash with an unchanged side. The English cricket team has named the squad as that which claimed a historic Test whitewash in Sri Lanka last December.

In other developments, Ollie Pope, who departed Sri Lanka to link up with the Lions in the United Arab Emirates has been left out, while there was also no place for Jason Roy even though speculations were rife that he might be called upon as a reserve top-order batsman.

The only official addition to the 16-man group is Ben Foakes, who himself was not part of the original squad for Sri Lanka but was drafted in as a late replacement for the injured Jonny Bairstow. The English cricketer went on to clinch the Man-of-the-Series award after making his debut as a wicketkeeper for the Lions.

Also, the conclusion of an investigation into Ben Stokes and Alex Hales by the ECB Cricket Disciplinary Commission in light of their behavior on a night out in Bristol sometime in 2017 implies that both players have been cleared to play some part in the tour.

Managerial shake-ups have somewhat rocked the build-up to England’s latest tour of the West Indies. Last December came with the announcement that Ashley Giles will take the reins as the new managing director of England men’s cricket.

The gaffer featured in 54 Test matches for England and was formerly a national team selector between 2008 and 2014. He takes over from Andrew Strauss whose reign came to an end in October.

There’s been a similar shift in the dynamic from the West Indies camp too as Richard Pybus has been named interim head coach, amid controversies and grumblings from aggrieved parties who are disenchanted by the manner of the appointment. In any case, the 54-year-old is expected to sit in the Windies dugout for the series against England, as well as the 2019 World Cup.

It promises to be a tantalizing encounter, however, as England look to build on their most recent success against Sri Lanka. On their part, Windies will be looking to improve on its performances from last time out against Bangladesh.

England’s pummeling of Sri Lanka, which was the result of what can be considered a fearless brand of attacking batsmanship, is expected to be a fixture of the clash as suggestions are even rife that Roy who featured for the Lions in a four-day game against Pakistan last month could be selected for the first time having failed to debut in Sri Lanka.

More so, the Lions could also be expected to field a three-man spin attack as conditions in the Caribbean dictate. We can also expect plenty of pace options with this strategy. There will also be undoubtedly something to look out for from England’s record-breaking duo of James Anderson and Stuart Broad who will be looking to write more pages in the history books.