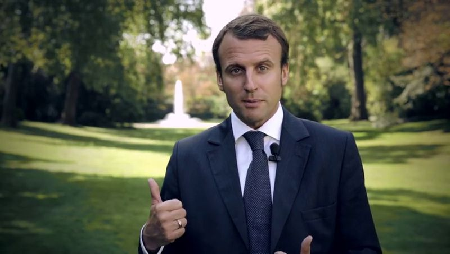 Emmanuel Macron, the centrist candidate, is the winner of the French presidential election.

Macron is viewed as someone who will bring a fresh and new approach to France’s politics.

Although he had never run for office before, Macron is not new to public service.

He celebrated his win with thousands of jubilant, flag-waving supporters outside the Louvre Museum in Paris on Sunday night.

The European anthem “Ode to Joy” played as he arrived at the podium to address the buildup of a massive crowd.

“France has won!” he said. “Everyone said it was impossible. But they do not know France!”

Early projections suggest that Mr. Macron has won by about 65.5% to 34.5% of the votes, thus giving him an overwhelming victory.

He will also become the first president from outside the two traditional main parties since the modern republic was established in 1958.

Acknowledging his win, he declared that a “new chapter of hope and confidence is opening”.

President François Hollande congratulated Mr. Macron and said the result showed the French people wanted to unite around the “values of the republic.”