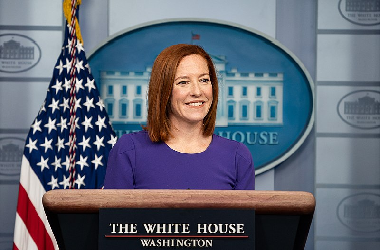 In a press release, White House press secretary Jen Psaki noted that U.S. President Joe Biden is pulling out all the stops to ensure that the American people do not suffer unnecessarily through gas price hikes caused by the Russian invasion of Ukraine.

She said, “Today, the Environmental Protection Agency announced that it is issuing an emergency fuel waiver to allow E15 sales during the summer driving season.”

She noted that “the waiver is a critical step to address the fuel supply crisis and follows President Biden’s announcement earlier this month laying out actions to increase use of biofuels in order to reduce our reliance on fossil fuels, accelerate the clean energy transition, build real U.S. energy independence, support American agriculture and manufacturing, and save Americans money at the pump.”

Psaki posited that the “waiver will allow families to pay that lower price for months to come.”

“The President authorized the release of one million barrels per day from the Strategic Petroleum Reserve for the next six months in the largest release in history as a war-time bridge, worked around-the-clock to build a coalition around the world to release an additional 60 million barrels, and is calling on Congress to make oil companies pay fees on wells from their leases that they haven’t used in years to encourage more domestic production right now,” explained Psaki.

She noted that “the Biden Administration has finalized the strongest-ever fuel economy standards for vehicles, reducing the amount of fuel families need to purchase over time and making vehicles go farther on every gallon.”