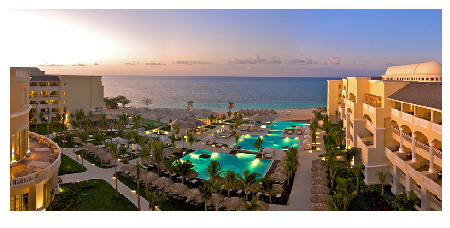 From Travelers For Offering “Unforgettable Trip”

Feeling out, feeling down
This feeling wouldn’t leave me alone
Then up came-a one that said (hey, Dread)
“Hey, Dread, dry, Natty Dread, and smile!”

Jamaica has not only started this year’s tourist season on a positive note, but also has the reputation of being one of the most sought after destination in the Caribbean.

In addition, the tourism sector has experienced tremendous growth and contributed significantly to the economy over the past few years.

In a recent survey among travellers to the Caribbean, Jamaica received a resounding endorsement for its all-inclusive hotel product.

Eleven of the country’s all-inclusive hotels were rated as offering an “unforgettable trip” among 25 Caribbean hotels.

The list, which was compiled by Business Insider and Hotels.com, featured 11 Jamaican hotels.

The Iberostar Grand Hotel in Rose Hall, St. James was rated the highest sitting at number two on the list behind the BodyHoliday All Inclusive in St. Lucia, which took the number one spot.

The rankings were based on travellers’ ratings of adult-only hotels with personal butlers and plunge pools and family-friendly resorts featuring massive waterslides.