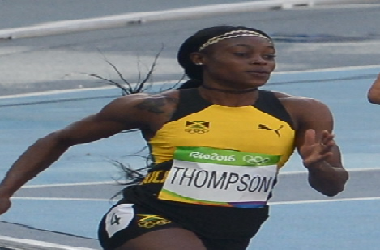 Jamaican star athlete Olympics triple gold medalist Elaine Thompson-Herah has put another trophy in her cabinet by winning the Laureus Sportswoman Award for 2022.

The sprint queen became the first Jamaican female athlete to win the coveted award that began in 2000.

The 29-year-old Thompson-Herah was in stunning form last year when she became the first woman in Olympic history to win the 100m and 200m titles at consecutive Olympic Games.

The ace athlete was also in a record-breaking run in the 200m, winning in 21.53, the second-fastest time in history.

She also won a third gold medal as a member of Jamaica’s 4x100m relay team, which set a national record of 41.02, the third-fastest time.

However, her winning ways did not stop at the Tokyo Olympics as she moved on to own the Diamond League meeting in Oregon, winning in 10.64 and 10.65 seconds to become the only woman in the sport’s history to run the 100m in under 10.70 four times.

In her award acceptance speech, the girl from Banana Ground in Manchester said, “I really don’t think I can really express how it feels to be nominated amongst these wonderful and super talented ladies across their respective disciplines but to think that I could come out as the chosen winner of this prestigious award is just mind-blowing for me.”

“I would like to thank the Laureus Sports Academy for this wonderful recognition. I want to thank all my friends and family who have continuously supported me throughout my journey,” she added.

Meanwhile, Olivia Grange, Minister of Culture, Gender, Entertainment, and Sport, said Thompson-Herah was most deserving of the honor of “best athlete in the world.”

“This latest success for the fastest woman alive is a tribute to Thompson-Herah’s hard work and sacrifice,” Minister Grange said.

At the same time, Garth Gayle, President of the Jamaica Athletic Administrative Association, has commended the athlete on a well-deserved win.

“Becoming the second Jamaican and the first female to win the prestigious Laureus Award is a significant achievement for Elaine and by extension Jamaica,” said Gayle.

“This is also a boost for women in track and field and other sports to aim for the highest. We are particularly proud of Elaine for her continuous achievements on and off the track. This definitely sets the tone for a great year for all our athletes,” he added.