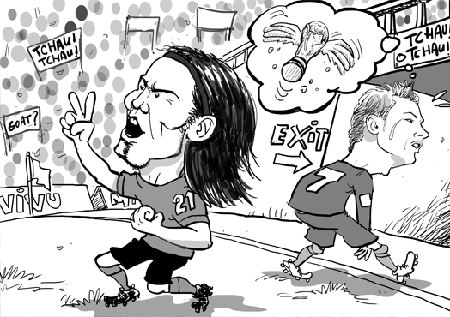 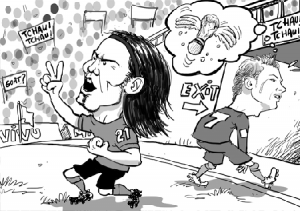 Cristiano Ronaldo could not take his hat-trick prowess into his World Cup game against Uruguay as he did against Spain.

It was no mass for the Paraguayan 33-year-old mercurial player as he ran into Uruguay’s football strong-man Edinson Cavani who scored twice to knock out Paraguay’s hope of laying any claims to the 2018 World Cup.

Pundits and fans have questioned whether this is the end of seeing Ronaldo playing at the highest level.

However, Portugal boss Fernando Santos tells the press don’t bet on it.

Ronaldo “still has a lot to give to football” and may not yet be ready to hang up his boots or retire from the national team.

“There is a tournament in September [the Uefa Nations League], and we hope Cristiano will be with us to help the players grow,” Santos added.

“It’s important to have a captain present there, and he’s always there for us,” he added.

That said, it was sad to see one of the best players in football exiting the greatest show on earth before “the fat lady sings.”