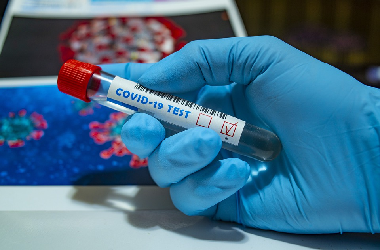 Ecuador’s health minister Juan Carlos Zevallos resigned from his post amid a scandal related to the provision of the covid-19 vaccine to people who are not part of the priority demographic groups.

According to reports, Zevallos allegedly compromised his position by offering several of his relatives, including his 87-year-old mother, doses of the vaccine imported by the government meant for frontline workers.

The Ecuadorian Public Prosecutor’s Office has announced the opening of an investigation on the matter.

Zevallos has admitted that several people in his close circle were given the vaccine, sparking criticism even from medical personnel. Now, he may be subjected to a political trial by the Ecuadorian National Assembly.

However, this case could be the tip of the iceberg.

Members of the public have voiced their disgust after it became known that a group of academics, political veterans, journalists, and sports leaders were also slated for vaccination.

President Lenin Moreno came to the defense of the former member of his cabinet in a heartfelt message posted on his social networks, “There are those who only see mistakes. I respect that opinion. I prefer to remember the minister who accepted the difficult task of leading the country in the worst health crisis experienced by Ecuador and the world, and who with work and sacrifice helped save hundreds of thousands of lives,” he wrote in a Twitter post.

Moreno’s post was accompanied by Zevallos’s letter, in which he presented his “irrevocable” resignation. The former official said his resignation came in light of “the current political situation, and in order to enable the continuity of the vaccination plan, which began in January.” He held this position for a total of eleven months.

This scandal represents another major blow to the government’s management of the pandemic, with criticism focused on the delay in importing the vaccine.

One of the strongest outcries came from the Ombudsman’s Office, which in a communiqué said that “the country requires the national government to respond to the incompetence it has shown in dealing with the health crisis.”

So far this year, the South American country has imported almost 42,000 doses of the vaccine developed by Pfizer and BioNTech.

According to the government’s plan, these doses are supposed to go exclusively to frontline medical personnel as well as nursing homes. Ecuador has been one of the Latin American countries most affected by the pandemic, with a total of 281,169 cases and 15,669 deaths.