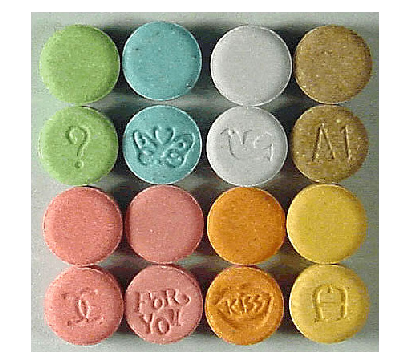 A college student who took Ecstasy was fortunate to survive a ruptured aneurysm in an artery near his spinal cord, but his case is a reminder of the dangers of using this street drug.

Florida neurologists diagnosed the young man with a posterior spinal arterial (PSA) aneurysm, which is a weakening of the blood vessel wall in a spinal cord artery. This case is the first time an aneurysm of any spinal vessel has been linked to recreational drug use, and it’s only the 13th PSA aneurysm case reported in the medical literature, the doctors said.

In the case report, published today (July 3) in the Journal of NeuroInterventional Surgery, doctors describe how the student woke up one morning with severe upper back and neck pain, after going to a party the night before where he took MDMA, or Ecstasy.

“Users tend to believe that [MDMA] is pretty safe when used in moderation and that serious adverse health complications, including pathological hyperthermia, result from contamination of MDMA by other ‘more dangerous’ drugs,” said study researcher Eugene Kiyatkin, a scientist at the National Institute on Drug Abuse. “Contrary to popular opinion, MDMA could become very dangerous even at relatively low or moderate doses,” when it is used in a warm, humid environment, Kiyatkin told Live Science.