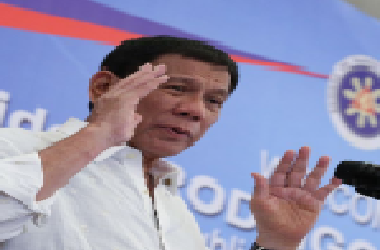 In an AP report, outgoing Philippine President Rodrigo Duterte has taken Russian leader Vladimir Putin to task for his country’s killing of innocent civilians in Ukraine, saying while the two of them have been tagged as killers, “I kill criminals, I kill criminals, I don’t kill children and the elderly.”

Duterte has said before that Putin is an idol and a friend, but today, he’s criticizing the Russian Leader for his invasion of Ukraine.

He referred to the invasion as an outright war rather than a “special military operation.”

“Many say that Putin and I are both killers. I’ve long told you Filipinos that I really kill. But I kill criminals, I don’t kill children and the elderly,” Duterte said in a televised weekly meeting with key Cabinet officials. “We’re in two different worlds.”

Duterte has called for the wanton killing of innocent civilians and bombardment to stop.

“You are in control of everything. Anyway, you really started the ruckus there so control your soldiers strictly. They are on a rampage,” Duterte reportedly said.

He also expressed his concerns about the stability of his country’s oil supply.

The Philippine President is set to exit office on June 30 as his six-year term as the head of government comes to an end.

“I’m on the way out and I don’t know how to solve the problem,” Duterte said. “You have to solve the war between Ukraine and Russia before we can talk of even returning to normalcy.