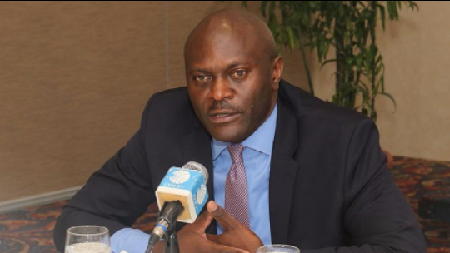 International Monetary Fund (IMF) Resident Representative, Dr. Constant Longkeng Ngouana in a press report noted that Jamaica should be reaping greater economic benefits from the strength of the country’s brand, which he has described as being “severely under-leveraged.”

“The strength of the Jamaican brand around the world should be generating, even more, visitors, although (the number) is already high,” reportedly said Dr. Longkeng Ngouana.

He was delivering the distinguished lecture hosted recently by the University of the Commonwealth Caribbean (UCC) in Kingston.

He pointed to the outstanding performances by Jamaican athletes at the 2016 Rio Olympics and the global television audience the event afforded the country.

He argued that the country had a great opportunity to market its products to other countries.

“To leverage that brand your goods have to be found in shops (in countries where people easily recognize) the Jamaican flag,” said Dr. Longkeng Ngoauna.

At the same time, the IMF representative lamented the security problem that not only continues to plague the country, but also offers a telling blow to the brand name of the country.

He, however, noted that the government was addressing the problem by a renewed focus on citizen security – one of four pillars to achieve economic growth and jobs. The other pillars are public sector transformation, social inclusion, and modernization of the central bank to better manage inflation.

He also cited Jamaica’s success in completing the three-year Extended Fund Facility agreement with the IMF and how important it is for the country to build on the macro-economic stability that had been achieved.

This included, he argued, an unprecedented reduction in public debt, a sizeable reduction in inflation, and more than doubling of the Net International Reserves to US$2.5 billion.

Jamaica, he said, was now in the position to leverage the gains of the debt reduction by borrowing at relatively low-interest rates in international markets.