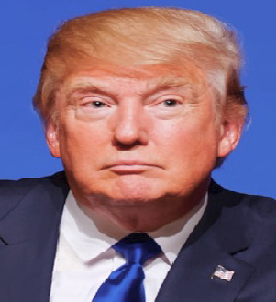 Ever since Donald Trump decided to run for the post of President of the U.S., he has toyed with the electorate and played the media to the extent that he may very well be on the verge of winning the White House in the general election that is less than two months away.

The fact is Trump is not only a master politician but also a marketer extraordinaire.

Now, one of the questions that is being asked is how can Trump be doing so well in the polls after so many missteps and gaffes against a tried, tested, and proven Hillary Clinton who is backed by a well-oiled Democratic machine and millions of dollars.

The truth is in a quick fix culture, and a fast-paced moving society, style and sensationalism will always trump substance.

This is tantamount to the saying, “image is everything.”

The fact is one cannot fault the Democratic Party for lack of  substance, but on the other hand, the campaign is flat, lacks style, vibes, energy, and panache.

The Democratic Party doesn’t even have a catchy tagline, at least Trump has — let’s make America great again” not original but, nevertheless memorable and is often cited.

If there is one thing everybody can agree to, it is Trump has presence — he is loud mouthed, a rabble-rouser, and politically charming.

Today, the Republicans will argue that Trump is no ordinary Republican Party candidate and they are exactly right.

How else could one account for a Trump transforming himself from being a liberal populist who was once pro-abortion, pro-gun control, pro-Clinton among others now taking a con position to the extent that he has become the chief spokesperson for the conservative Republican.

This is also underscored by the fact that in the face-off in the nomination race he thrashed all his ultra conservative and establishment running mate to assume his current position.

That said Trump’s slickest and most deft move to date is his reversal on his birther leadership position.

He threw the blame on Hillary Clinton for starting the rumor in her 2008 primary campaign against her fellow Democrat — reminds one of Adam blaming Eve in the biblical story.

He offered no apologies for perpetuating the lie that President Obama was not born in the U.S.

Trump weighed in on the issue accordingly, “Hillary Clinton and her campaign of 2008 started the birther controversy. I finished it. President Barack Obama was born in the United States. Period.”

He added “Now we all want to get back to making America strong and great again. Thank you.”

Certainly, if there is any a political Teflon-like presidential candidate in U.S. history, Trump must top the list.

It must be said that Donald J. Trump knows the political road code to the extent that he is able to utter these words at a campaign event, “I could stand in the middle of 5th Avenue and shoot somebody and I wouldn’t lose voters.”

He is indeed a political don, and it would appear if the devil is in the way he will easily roll over him — Donald J. Trump aka The Donald.