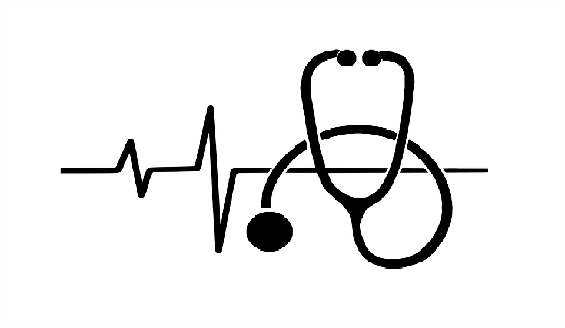 The prognosis was simple, and, once delivered, these young medical genii delivered the news with the prerequisite feigned humility, faces down, eyes withdrawn, voices low.

It seems to be a brain injury, the older intern stated.

Possibly an occlusion of the right interior carotid that’s causing a stroke, the younger intern chimed in.

The parents listened, not quite believing that the young boy who was lying unconscious in an ER bay just down the hall, seemingly fighting for his life, monitors beeping, tubes inserted every which way, was their son.

A stroke? An eleven-year-old is having a stroke? How’s that possible, the father asked.

Best to call him, the older intern said, pompously ignoring the father.

No, the younger whispered. He’s on vacation. You know how he gets. Remember what happened last time?

Then the older reminded him that the patient had pulled through that last time.

Regardless, the nurse had already called. The Chief was on his way, she told him, a slight smile appearing on her cherubic face as she typed on her computer.

Who told you to call him, the younger intern asked with that incredulous tone all interns used until they realized how important it was to be nice to nurses.

It was the right thing to do, the nurse told him as she continued typing.

But actually, right or wrong, she didn’t really care. The young intern was an arrogant little shit.

He never acknowledged her, never even bothered calling after their encounter at the Christmas party, and the memory of her fiancée moving out the next morning hit her like a burst of frigid air.

She began her rounds, muttering to herself, walking by the boy’s parents, ignoring them as they sat on those cold hospital metal seats with no cushion, looking at their son with his little ashen face, hoping against hope to see his pert little smile they were so used to.

Suddenly, the wife turned to her husband. They faced each other for a few seconds, eyes fixed and expressionless.

This is all your fault. You knew he was having headaches.

So, did you. You did nothing. And you’re home with him.

Maybe you should be home more often.

Maybe you should get a job so I’m not away so much. Remind me why you went to law school again?

How about bettering yourself by getting a job?

At that point, the mother reaches her breaking point. She pounces on the bed, screaming his name, yelling at him, wake up, wake up, you can’t die!

Stop that, the father says, getting out of the chair.

She begins pounding the pillow around his head, screaming, crying, pleading.

Stop that, the father repeats, now moving quickly toward the bed.

If you die, I’ll kill myself, she screams at her son. I will!

His voice is quiet, bordering on lucid. The mother freezes. The father becomes light-headed.

The Chief stands in the doorway, watching all three of them, a slight snarl on his face, then strolls through the door, his long white ponytail swinging back and forth behind him, like an angry cat’s tail.

With great care, the mother climbs off the bed, still staring at her son, who stares back petulantly, as if daring her to speak. She turns to face the Chief, clad in his Bermuda shorts and flowery shirt, reminding her a bit of Jimmy Buffet sans guitar and margarita.

The Chief walks to the boy’s bed, checks his pulse, snaps his fingers in his face a few times to confirm he’s alert and responsive, then smiles at him and pats his hand.

As he turns to the parents, his smile changes to an acerbic grin.

That’s twice, he says to the mother. Twice. Can you at least let me enjoy my vacation? Think you can do that?

The mother begins to say something, but the husband instinctively squeezes her hand and she catches herself, pursing her lips so hard that they begin to turn white from the lack of blood flow.

The parents stay silent as they watch the doctor leave.

You’re such a weakling, she says.

Shut up. He’ll hear you and then we’ll be back to square one.

He wouldn’t do that. Not to me. And if you were a better father, we wouldn’t be here to beg to begin with. It’s your fault.

As the father struggles for reasons to respond, a song begins wafting down the barren hallway; a sweet song among sour notes that infuses the air with words that parrot his own toxic sorrow, putting him in that special place where he, too, felt like he might be wasting away.

He falls into a chair, dazed, exhausted, too depressed to notice neither his wife laying at his feet nor the young intern who has made his way to the now-smiling nurse, openly seducing her next to his dead son.