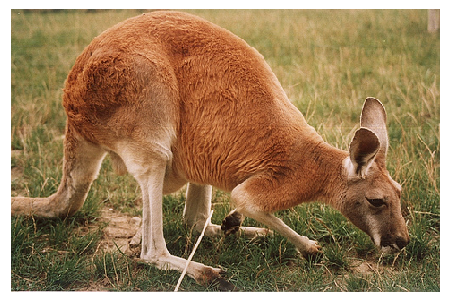 Yes, according to an international group of researchers in a report in a recent edition of the Journal of Experimental Biology.

That said, kangaroos are pumping out more farts in the atmosphere than was previously thought.

Adam Munn, a wildlife biologist at the University of Wollongong in Australia along with colleagues, has shown that a single kangaroo can produce nearly 1,000 liters of methane per year.

The researchers are not contending that kangaroos are a major source of methane given the fact that cows blow farts of up to 500 liters a day.

“What we found is that kangaroo’s methane is low, but it’s not as low as some studies have suggested,” Munn declared.

According to the researchers, kangaroos have been assumed to produce less methane gas and to be less flatulent than other ruminants like cows due to different bacteria in the kangaroo foregut.

The low methane production of kangaroos has never been completely investigated.

At the initial stage of the experiment, the kangaroos were put on a limited diet, reducing the amount slightly than before each time.

The amount was later switched by allowing the kangaroos to eat as much as they wanted.

On the restricted diet, both species of kangaroos produced more methane than when they ate the free-rein diet.

When “food moves through the gut more slowly, it’s giving the bacteria more time to go from a growth phase to a maintenance phase of the life cycle,” concluded Munn. It’s the maintenance phase that produces methane, he noted.

Methane produced by cattle has become an increasing concern in the age of climate change and global warming. Cows produce 70 billion gallons of gaseous methane each year.

The investigation aimed at determining changes in diet and bacteria that could reduce the amount of methane that cows and other livestock produce.

The mystery of kangaroo flatus has lasted 45 years. The results indicate that kangaroos are no gassier or less gassy than other animals.

Science has finally gotten to the bottom of the kangaroo gas conundrum. Possibly the kangaroos are relieved that they will not be “what’s for dinner” based on flatulence.