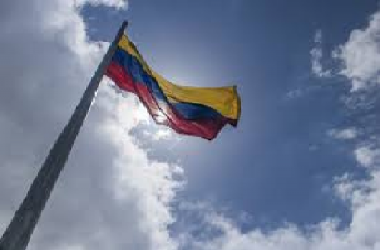 On Wednesday, Venezuela expelled the ambassador of the European Union, Isabel Brilhante, who was given 72 hours to leave the country.

The decision is viewed as a form of revenge due to the latest sanctions imposed by the international organization to 19 officials of Nicolás Maduro’s regime.

“We have presented Mrs. Isabel Brilhante, who in recent years was the head of the European Union delegation in Venezuela, with the declaration of persona ‘non grata’,” Venezuelan Foreign Affairs Minister Jorge Arreaza said.

“We are doing that because the circumstances demand it,” he added, after meeting with Brilhante at the ministry’s headquarters.

Meanwhile, the Venezuelan leader sent a strong message to the European Union: “We would not have wanted to do this, we are doing it against our will, even because we want to have the best relations with all of Europe, but we cannot accept that anyone comes to attack Venezuela, to sanction Venezuela. Either you rectify or there will never be any dealings with you, of any kind, no dialogue whatsoever, gentlemen of the European Union, just so you know, Venezuela has dignity”, he said during a speech broadcasted on Television.

The international body decided to implement the sanctions after the parliamentary elections that took place in the South American nation last December 6 and gave the government party and its allies 256 out of 277 seats.

These elections were boycotted and deemed as “fraud” by the main Venezuelan opposition political parties.

The results were also rejected by the United States, the European Union, and several Latin American countries. Among the most important officials to be affected by the measures are Indira Alfonzo, head of the National Electoral Council and Remigio Ceballos, one of Venezuela’s top military chiefs.

For its part, the European Union asked the Maduro led government to “reverse” its decision.

“The EU deeply regrets this decision that will only isolate Venezuela internationally. We call for this decision to be reversed,” European External Action Service (EEAS) spokeswoman Nabila Massrali told EFE.

The EU has been imposing sanctions on Venezuela since 2017, affecting a total of 55 officials. The measures include travel bans to countries belonging to the European bloc and asset freezes.

This is the second time that Venezuela has expelled the EU representative in its territory. The regime had already taken that decision in June last year, although it reversed it after engaging in dialogues with the European body and reaching a context linked to the need to maintain diplomatic relations.