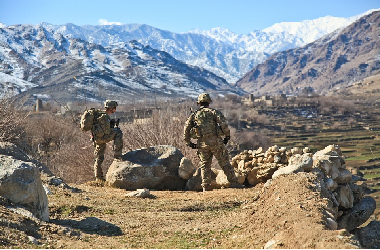 The U.S., in trying to sell democracy around the globe has been generous to a fault, some would say.

The country’s foreign assistance is said to support global peace, security, and development efforts, and provide humanitarian relief during times of crisis.

In a 2017 letter to Congress authored by retired U.S. admirals and generals, they argued that foreign aid is crucial to preventing conflict, which reduces military deployments and casualties.

As of the fiscal year 2019, U.S. foreign aid totaled $39 billion, less than 1% of total spending. However, the country spends the most on foreign aid of any country.

It is interesting to note that of the top 25 recipient countries of the U.S. foreign aid in 2017, not one country from Latin America and the Caribbean is among them.

Moreover, it must be pointed out that Haiti, the poorest country in the Western hemisphere, is not one of the recipients.

In 2019, Afghanistan topped the list of countries receiving financial aid, followed by Israel, with Colombia the only country from Latin America and the Caribbean, making the top ten list at number eight position.

The fact is the U.S. boasts of countries under its sphere of influence but makes a mockery of that position in terms of aid.

Now, given the recent rapid collapse of the Afghan government forces and the Taliban’s seizure of power, the weaknesses of U.S. strategic planning have again been brought to the fore.

We have already witnessed similar weaknesses in Iraq, Libya, and Syria to a lesser extent.

The Biden administration has claimed that the U.S. has trained over 300,000 Afghan security personnel and fully equipped them with all the resources needed to defend their country.

At the same time, the administration is in shock and awe at how quickly the Afghan army was overrun by what many deemed a rag-tag Taliban group of fighters numbering no more than 20,000.

This certainly leads one to question the type of training the Afghan army received and, by extension, how trained the American military is to tackle an unconventional fighting force.

One could also argue that many Afghan soldiers took the U.S. government for a ride by joining the army for a payday with no intention of fighting their own people while the government views the U.S and its allies as a cash cow from which to milk money.

So, once the U.S. decided to withdraw from the country, it was game over and both the government and the security forces folded.

Today, there have been charges of widespread corruption within the Afghan government over the years, with billions of dollars unaccounted for because of little or no oversight.

It is reported that foreign governments have spent over $2.2 trillion on Afghanistan, and this of course does not include contributions from charitable organizations and individuals.

“Donors simply spent too much, too fast, in too small an economy, with far too little oversight,” said John F. Sopko, the Special Inspector General appointed by Barack Obama, back in 2019, according to a press report.

“We turned a blind eye or simply were ignorant of how regularly some portion was going to payoffs, bribes, and bank accounts in Dubai,” he added.

Many would argue that the U.S. government should be held accountable for the vast sums spent trying to build Afghanistan into a liberal democracy when some people in the country can’t even meet their basic needs.

Now, with over 300,000 Afghans said to be qualified for evacuation, and an estimated loss of over 240,000 lives, one wonders to what end did the U.S. remain in that country for 20 years.