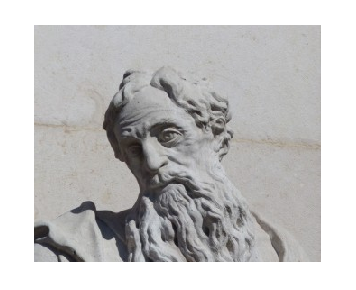 Jeffrey Daugherty, a former minister for the Assemblies of God Church and now founder and leader of New Cosmic Knowledge, seeks to make the case that Jesus’ message was  hijacked and changed by the apostle Paul in order to create a structure to control the general populace of the Roman Empire.

According to Daugherty, this structure has grown and morphed and has now set the stage for the New World Order.

Daugherty has had a 20-year career as a Pentecostal evangelist and is a graduate of Berean School of the Bible and Blue Mountain College.

A devastating divorce after 16 years of marriage and 3 children prompted him to pick up the pieces and begin a new spiritual search – a paradigm shift in thinking.

He now sees cracks in what he describes as “Big Time Religion.” And his new spiritual quest is to show that “The Kingdom of Heaven is within you.”

In his attempt to spout this new revelation, Daugherty argues that Paul was not actually one of the 12 Apostles but was hand picked by the Roman Emperor Nero to de-emphasize Christ’s message that the kingdom lies within each person, and they don’t require the guidance of an outside emperor or king.

“Paul was spinning the popularity of Jesus’ message of salvation but trying to put it back under the sinner needing a savior type…crafting a beautiful gilded cage out of what Jesus had provided,” Daugherty explained.

Daugherty cited America’s third president, Thomas Jefferson, whom he claimed complained about how Jesus’ message had been usurped.

“Of this band of dupes and impostors, Paul was the …first corruptor of the doctrines of Jesus.”

Paul acted as a double agent and killed James the Just (called the brother of Jesus), Daugherty further charged.

He claimed people are tired of religion and are looking for something real and this reality he argued is found in Jesus’ message, “You are not a sinner in need of salvation but you are a divine creature in need of development.”

Daugherty further claimed that Paul was not martyred but lived out his days in luxury in the palace of Nero.