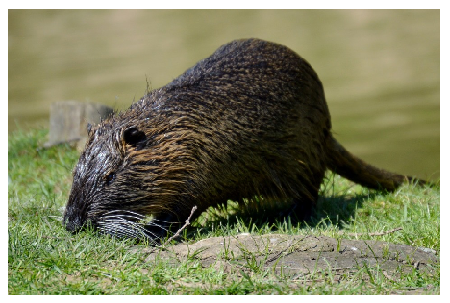 The answer is yes according to archaeologists at the Australian National University (ANU). According to anu.edu, the archaeologists discovered fossils of seven giant rat species on East Timor, with the largest up to 10 times the size of modern rats.

Dr Julien Louys of the ANU School of Culture, History and Language, who is helping lead the project, said these are the largest known rats to have ever existed.

“They are what you would call mega-fauna. The biggest one is about five kilos, the size of a small dog,” Dr Louys said.

“Just to put that in perspective, a large modern rat would be about half a kilo.”

The work is part of the From Sunda to Sahul project which is looking at the earliest human movement through Southeast Asia. Researchers are now trying to work out exactly what caused the rats to die out.

Dr Louys said the earliest records of humans on East Timor date to around 46,000 years ago, and they lived with the rats for thousands of years.

“We know they’re eating the giant rats because we have found bones with cut and burn marks,” he said.

“The funny thing is that they are co-existing up until about a thousand years ago. The reason we think they became extinct is because that was when metal tools started to be introduced in Timor, people could start to clear forests at a much larger scale.”

Dr Louys said the project team is hoping to get an idea of when humans first moved through the islands of Southeast Asia, how they were doing it and what impact they had on the ecosystems. The information can then be used to inform modern conservation efforts.

“We’re trying to find the earliest human records as well as what was there before humans arrived,” Dr Louys said.

“Once we know what was there before humans got there, we see what type of impact they had.”

Dr Louys returned from the project’s latest expedition to East Timor in August and has presented the findings at the Meetings of the Society of Vertebrate Palaeontology in Texas.