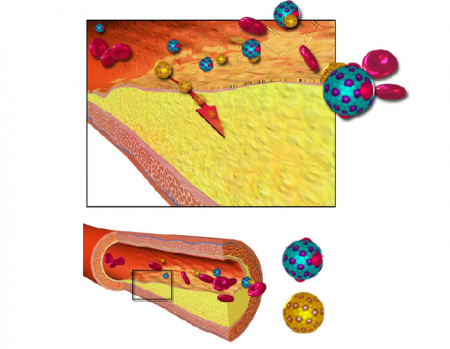 First, the doctor noted that he personally has had scores of patients and friends who had been diagnosed with Type 2 diabetes and who no longer have any trace of the disease.

He posited the view that the epidemic of Type 2 diabetes (more than 95 per cent of all diabetics) is lifestyle-related disorder that is extremely correctable with what the experts call lifestyle modification: diet, exercise, and nutritional supplements.

He underscored this by alluding to the fact that medical literature carries many studies proving the superiority of diet and lifestyle changes over medication in treating this disorder. He further noted that in a well-publicized research conducted at the University of California, Los Angeles’ School of Medicine, Type 2 diabetics completely reversed their diabetes in a few weeks with a few simple changes in their diet and physical activity.

Further, Dr. Vendryes lamented that this huge deception of diabetes being incurable has been led and perpetrated by the $400-billion diabetes industry on the world’s more than 300 million diabetics. He also added that the health insurance companies (another arm of medical industry) was also a party to this deception as they offered no reimbursement to doctors for “patient education” about diet and lifestyle.

He noted that educating and motivating diabetic patients was time consuming. However, doctors have no financial incentive to learn what really works because writing prescriptions pays better and involves less time and effort.

Second, the doctor declared that there is no evidence whatsoever that normal cholesterol floating around in the blood is harmful. In fact, he said that that cholesterol is an extremely important substance used in the body to build the membranes of cells, and also needed for many other bodily functions, including the manufacture of our hormones and vitamin D.

Dr, Vendryes argued that despite the billions of dollars worth of cholesterol-lowering drugs consumed each year, there is no reduction in the incidence of heart disease, which continues to be the number-one cause of death worldwide. He further argued that elevated cholesterol can be considered at best a secondary risk factor for heart disease, but yet tremendous profits continue to be made from selling expensive and dangerous cholesterol-lowering drugs. He added that most of the people who suffer heart attacks have normal-cholesterol levels while many with high cholesterol never have a heart attack.

The doctor concluded by stating that there are several natural non-toxic substances like soluble fiber, soy, green tea, garlic and vitamin B3 (niacin) that safely help to balance cholesterol.

He indicated also that a simple blood test for a substance called homocysteine is by far a superior predictor of the risk for heart disease than cholesterol. This test, however, he said is not receiving the attention it deserves because high homocysteine levels can be easily corrected by taking a few inexpensive vitamins: B6 , B12 and folic acid. In other words, there is not much money to be gained for the drug companies.