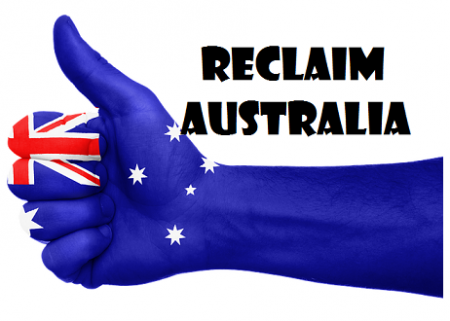 According to press reports, hundreds of Australians took to the streets to  protest against Islamic extremism.

The flag waving and placard bearing protestors chanted “Yes Australia. No Sharia” as they rallied throughout the streets. The group dubbed the “Reclaim Australia” attracted hundreds of people to the march but also triggered counter-rallies from other groups who criticized them as racist and called for greater tolerance.

“We are pro-Australian values and anti-extreme Islam, but we’re not anti-Muslim,” Reclaim Australia spokeswoman Catherine Brennan told AFP, adding there was no racism behind the rallies, which she said had attracted people from diverse backgrounds.

“Since when is it being racist to love your country and to love the values and culture that you’ve been brought up with?”

“We’re against the extremists of one particular religion,” he said.

Authorities in Australia have expressed concerned about a minority of Australia’s small Muslim community that were already in Iraq and Syria giving support to the Al qaeda group IS.

In that incident two hostages were killed and the Iranian-born cleric, Man Haron Monis, was shot dead.