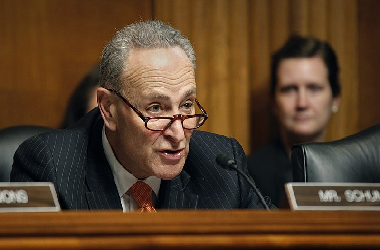 As Senate Majority Leader Chuck Schumer presses forward with a vote on weakening the filibuster and talks continue to convince Joe Manchin and Kyrsten Sinema for a buy-in, Democrats still face stout resistance from both Senators.

Joe Manchin has recently charged that his party’s push to isolate him and fellow centrist Kyrsten Sinema won’t force his hand on rules changes.

“The majority of my colleagues in the Democratic caucus have changed their minds. I respect that. They have a right to change their minds. I haven’t. I hope they respect that too. I’ve never changed my mind on the filibuster,” Manchin said.

Consequently, there is no clear path for the Democrats to reform the Senate’s filibuster rules and ultimately pass voting rights law.

Manchin has said he would not go along with instituting a talking filibuster, which could be used to evade the Senate’s 60-vote threshold, nor would he entertain rules change by a simple majority.

Meanwhile, Sinema has said she supports the voting rights bills, but on the face of it, many Democrats have concluded that she does not support the path to get there.

According to press reports, Sinema has said, “While I continue to support these [voting rights] bills, I will not support separate actions that worsen the underlying disease of division infecting our country,” she said.

At the same time, no Republicans have indicated their support for either the voting rights bills or changing the filibuster rules.

As a result, Democrats’ hands are tied unless both Manchin and Sinema are on board.