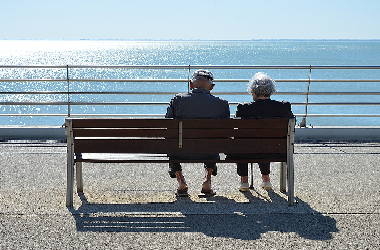 Everyone in the U.S. except some Republicans would agree that healthcare should be an inalienable right and not a privilege for the American people.

And to channel Sen. Bernie Sanders (I-VT), “healthcare is a human right.”

All Americans should be able to visit the doctor when they’re sick and not go bankrupt after a hospital stay.

Truth be told, any decent government would seek to grant their citizens a right to healthcare regardless of class, color, or creed.

The appalling situation which obtains in the U.S. surprisingly enough is not a question of affordability but one of political will.

The truth is healthcare should be viewed as part of the country’s national security needs.

So, yes, spend the multibillion dollars on the army, plan giveaways of billions of dollars to other countries, but that should not be in lieu of making healthcare a right for citizens of this country.

Today, the slogan for all self-respecting government should be, “We put people first.”

This, of course, is tantamount to a business being “customer-centric” in its marketing efforts.

Now, in a recent move, 150 House Democrats from the progressive and centrist wings of the Democratic party decided to launch a campaign to include an expansion of Medicare in President Joe Biden’s infrastructure plan, according to The New York Times.

The campaign got off the ground with a letter to President Joe Biden and Vice President Kamala Harris, arguing for the broadening of the federal healthcare program which would include lowering the age group and covering the range of benefits to incorporate dental, vision, and hearing aids.

“Medicare expansion means more coverage for more people – and by finally allowing Medicare to negotiate drug prices, it’s at a lower cost for taxpayers,” Chair of the Congressional Progressive Caucus Pramila Jayapal, a leader of the effort, tweeted. “Let’s get this done.”

The campaign calls for among other things, cutting the eligibility age from 65 to 60, thus adding approximately 23 million Americans into the government health insurance program.

The group estimated that the cost would amount to $200 billion over a decade.

Now, the question is, can the Democrats find someone to sell the plan to the Republican leaders as without them onboard, the plan is dead on arrival.

At the same time, the cynic among us would argue that the Democrats would be better off spending their time to fix the Affordable Care Act — Obamacare which they claimed in the 2020 campaign needs fixing and which the Republicans spend the better part of twelve years trying to repeal and dismantle.

The fact of the matter is the Democrat’s campaign proposal would be popular among the American people.

However, some political leaders do not necessarily represent or reflect the views of their constituents once they are voted into office but that of their party or interest groups.

And on the matter of healthcare, the Republicans would be a case in point — to date, the party has not put forward a cohesive healthcare plan to the American people and they ought to be called out for their negligence.

Such a pity or shame, even!