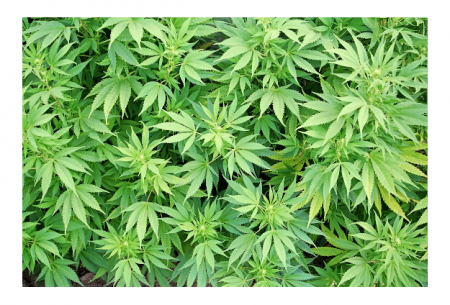 Legalize it, Don’t criticize it,

And I will advertise it

Some call it the weed

Some call it Marijuana

Some of them call it Ganja – Peter Tosh

The fact is marijuana has been used for millennia for its medicinal properties but because of its hallucinogenic effects that lead to cognitive and behavioral changes, it has been seen by many societies in a negative light. However, over the past five years, there has been a significant culture shift and many countries, including the United States, are slowly embracing the herb. However, the debate still remains about what it will mean to society as a whole if marijuana were decriminalized.

Many people are familiar with how marijuana helps cancer patients alleviate nausea and increase appetite. However, few realize that it has helped many children with a rare form of epilepsy, where the daily seizures number in the hundreds. The oil form of marijuana helped children with myoclonic seizures reduce the number of weekly seized by over 95 percent.

This Could Lead to Using More Illicit Drugs

Marijuana is seen as a gateway drug because there have been studies that show that some who take it will eventually want a bigger high. A 1994 study  did show that marijuana use did lead to the use of more serious substances. However this study was among serious drug abusers. There is still some question about the social and psychological components of marijuana use and abuse but there is some proof out there.

Since 1996, the number of arrests for marijuana possession significantly increased. In fact, the total marijuana arrests beat out heroin, cocaine, and other non-narcotic drugs combined. This means that the prisons would probably be less crowded and law enforcement officials could turn their attention to more dangerous designer drugs that are popping up with more frequency. In 2001, Portugal decriminalized marijuana, heroin, and cocaine. The result is 12 years later the drug problem has not gotten worse and use among teens has dropped. The burden on the judicial system has been alleviated.

There is a definitive link between regularly smoking marijuana and the correlation between cardiovascular disease and even lung disease. The truth is that lungs are meant to help oxygen get to the body. So anything that is smoked, tobacco or marijuana will agitate the lungs and prolonged use causes not only respiratory but systemic damage to the heart, blood, liver, and brain.

It Could Be an Additional Revenue Source

As a legal drug, the Food and Drug Administration, (FDA) could regulate the quality and safety of marijuana. As such, the government could make even more than it makes from tobacco not only in taxes from individual users but from the possibility of having medicinal marijuana businesses that help with a variety of diseases including cancer.

Kids Could Easily Get Their Hands on the Drugs

True. Alcohol is a legalized drug and studies showed that over 10 million kids between 12 and 20 had more than a few sips of alcohol. Similar statistics could form if marijuana became more readily accessible. The most serious problem would be the effect on the developing child’s body. Studies do show that the adolescent brain does exhibit brain function anomalies  with frequent marijuana use.