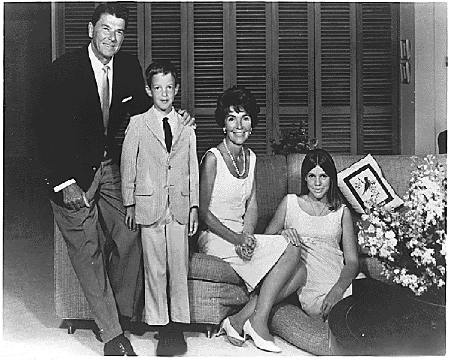 Patricia Ann Reagan, daughter of former President of the U.S. Ronald and Nancy Reagan, has joined in the chorus of voicing her disgust at Republican Presidential nominee Donald Trump’s latest utterances.

The 63-year-old Patti Reagan, now actress and author, viewed Trump’s remarks made recently at a rally in North Carolina as “glib and horrifying.”

“If she gets to pick her judges —nothing you can do folks,” Trump said, referring to Clinton getting to nominate Supreme Court justices if she were elected president. “Although, the Second Amendment, people, maybe there is, I don’t know.”

I am the daughter of a man who was shot by someone who got his inspiration from a movie, someone who believed if he killed the President the actress from that movie would notice him.

Your glib and horrifying comment about “Second Amendment people” was heard around the world. It was heard by sane and decent people who shudder at your fondness for verbal violence.

It was heard by your supporters, many of whom gleefully and angrily yell, “Lock her up!” at your rallies.

It was heard by the person sitting alone in a room, locked in his own dark fantasies, who sees unbridled violence as a way to make his mark in the world, and is just looking for ideas.

Yes, Mr. Trump, words matter. But then, you know that, which makes this all even more horrifying.