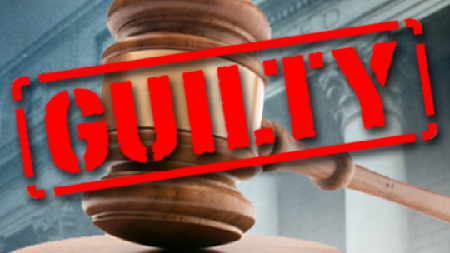 The recent conviction in the Jamaican courts of popular dancehall artist Mr. Desmond Ballentine aka Ninjaman for the 2009 shooting murder of Ricardo Johnson, a poor ghetto youth together with the 2014 murder charge and conviction of the high-profile artist Mr. Adidja Palmer, aka Vybz Kartel, have brought to the fore once again the rotten and ugly underbelly of dancehall, a genre of Jamaican music.

The fact is except for the odd songs which reflect positive social commentary, in general, dancehall has done nothing to inspire the populace albeit it has made many dancehall artists and their handlers very rich.

How so, one may ask? The answer, for the simple reason, slackness sells as witnessed from the sales of pornographic materials.

Give the people what they want the crowd may cry, but the music was never meant to be rice and flour, food yes, but that of a different kind — one that nourishes the soul, inspires the mind, and speaks to the heart.

That said, dancehall music genre at one level has superseded roots reggae in both its reach, power, and appeal particularly to millennials, but unfortunately has done more damage to the psyche of young, poor Jamaicans than any other art form since the history of the country.

In fact, it has gotten so bad that many countries have banned the music form from their airwaves and have barred some Jamaican artists from live performance.

Of course, one is not saying that dancehall is not a genuine art form, but truth be told, it has been corrupted and bastardized by many an artist.

Now, in a piece in the Jamaica Observer, Mr. Clyde McKenzie a music producer, artist manager, and cultural commentator has come out in defense of dancehall artists charging that they should not be blamed for society’s moral breakdown and rise in criminal activity.

According to McKenzie, that blame should be placed on poverty and the social infrastructure.

“You find that there is a level of socialization which predisposes a lot of these artists to certain types of anti-social behavior. These include poverty, absentee fathers, the level of literacy. Therefore, we are often time too hasty to blame the music.”

Mr. McKenzie? When in Jamaica’s history the rich ever sang the songs of the masses and played their instruments? When in Jamaica were musicians and artists spawned from the “Cosby family” like set up?

The decadent, uncouth, and boorish behavior by some dancehall artists is a recent phenomenon, aided and abetted by corporate Jamaica through sponsorship, newspaper column width, radio, and television broadcast.

But, don’t tell Mr. McKenzie the cultural commentator that bit of news because here he continues:

“We have to start with tackling poverty and that tendency by some to be violent, both of which seem to always be with us, by creating the conditions which minimize their growth and development. Personally, I don’t know if changing the music will facilitate this. That is always a low-hanging fruit which many persons hang on to. I have seen no conclusive studies which point to a direct correlation, so it is therefore mostly conjecture. Implicating the music is taking it a bit too far.”

Mr. McKenzie does not understand the fundamental role and the impact music plays within a nation, and therein lies his problem.

The fact is music facilitates communication at the highest level as well as induces multiple responses at more levels than most stimuli. It also reflects one’s identity as well as creates and impedes social changes.

It, therefore, stands to reason that no genre of the music should be taken for granted but ought to be guarded and protected from counterfeiters and those who would bring disrepute to it.

Certainly, one is not arguing for censorship and control of any form of musical expressions, but where there are bad actors, they must be sanctioned.

Pussy Riot, the Russian feminist protest punk rock group, was stopped in its track for its boorish behavior by the Russian authorities and so too should the local artists who fall out of line by the Jamaican government.

If not, then one will have the overseas governments to thank for not allowing local artists in their country to perform on their soil.