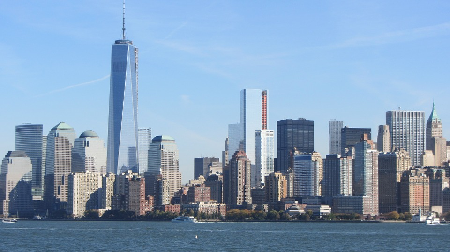 Amazon’s decision to pull the plug on New York as one of its headquarters’ locations has provoked a lot of debate and moreover viewed as egg on the face of not only New York’s Gov. Andrew Cuomo but also Mayor Bill de Blasio.

However, Cuomo is not taking the blow lying down and has had several discussions with Amazon’s executives in seeking to convince them to reconsider their decision.

The billion-dollar deal between Amazon and New York City went sour after local politicians and activists decried the deal as a giveaway to a trillion-dollar company with little to show in return.

The Governor is however hopeful that with his guarantee Amazon will return to the bargaining table.

That said, Cuomo noted in a WNYC radio interview, “They’ve given no indication that they would reconsider. I think the point is not that Amazon is going to change its mind. I don’t think they do.”

He also posited the view that Amazon’s withdrawal from Long Island City was a “tremendous loss.”

The governor blamed Amazon’s decision to pull out of the deal on “local, petty politics” and “distortions” spurred by a “small, vocal minority.”

“We want young people coming here and the talent. And New York is open for business. … We are the commercial capital of the country.”

Cuomo’s remarks came on the back of a full-page ad in the New York Times with an open letter to Amazon’s CEO Jeff Bezos that says, “A clear majority of New Yorkers support this project and were disappointed by your decision not to proceed.”