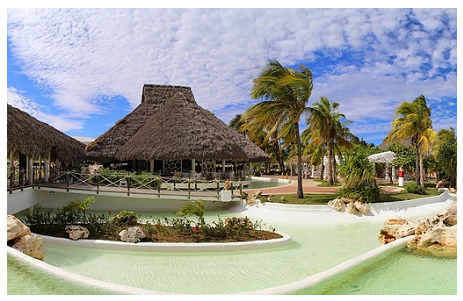 Known for its vintage cars, colonial architecture and friendly people, Cuba continues its reign as one of the top tourist destinations within the Caribbean.

Today, more and more tourists are traveling to Cuba especially since the U.S. has allowed for free travel to the island state.

Already, the country has experienced a 77 per cent increase in tourist arrivals from the U.S., according to data provided by the World Bank.

If that growth continues, the liberalized Cuba-U.S. bilateral tourism could increase overall arrivals to the Caribbean by four per cent per year, ultimately resulting in increased job creation mainly in transportation, hospitality, and growth in business activities.

Chief among the factors contributing to this increase in tourist arrivals is the opening of new commercial opportunities with the inauguration of the Mariel Special Development Zone, where government representatives, investors, and numerous entities from diverse regions across the world have been assessing Cuba’s business and investment opportunities.

But just how prepared is Cuba for this influx of visitors from the United States, and by extension other regions, once the embargo is lifted?

“Cuba has a lot of potential, not only nationally but also professionally speaking. We have a lot of schools for tourism and that’s our main strength. Together with the beaches, the nature, infrastructure and the Cuban identity, that’s one of the strongest points we have,” Cuban tour guide Manuel Jardon told the Jamaica Observer during a tour of Old Havana last week.

“Individuals in hospitality are trained to know at least two languages, the psychology of the clients and knowledge of the different cuisines. The Cuban Government has been working on this since the collapse of the Soviet aid, and because education is free, it was decided that we would train young people to work in the hotel industry,” he said, noting taught languages include English, French, German, and Italian.

Currently, Canadians are the top drivers of the tourism market in Cuba.

However, the country is also witnessing more tourists coming from other markets such as Japan, China, and Europe.

Still recovering from the economic crisis that began in the 1990s after it lost Soviet aid and trade, Cuba posted steady growth up until 2014 when growth slowed dangerously.

The country continues to blame its economic problems on the U.S. trade embargo, while critics maintains that it’s the inefficient centralized planning of the Government that is primary responsible for the country’s economic woe.