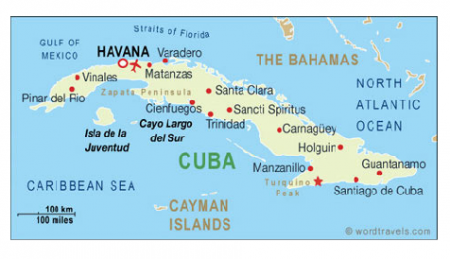 Cuba became the first country in the world to receive validation from WHO that it has eliminated mother-to-child transmission of HIV and syphilis.

“Eliminating transmission of a virus is one of the greatest public health achievements possible,” said Dr. Margaret Chan, WHO Director-General in a press release.

“This is a major victory in our long fight against HIV and sexually transmitted infections, and an important step towards having an AIDS-free generation” she added.

“This is a celebration for Cuba and a celebration for children and families everywhere. It shows that ending the AIDS epidemic is possible and we expect Cuba to be the first of many countries coming forward to seek validation that they have ended their epidemics among children,” said Michel Sidibé, Executive Director of UNAIDS.

According to the press release, the WHO and the Pan American Health Organization have been working with partners in Cuba as well as other countries in the Americas since 2010 to implement a regional initiative to eliminate mother-to-child transmission of HIV and syphilis.

As part of the initiative, the country has worked to ensure early access to prenatal care, HIV and syphilis testing for both pregnant women and their partners, treatment for women who test positive and their babies, caesarean deliveries, and substitution of breastfeeding.

These services are provided as part of an equitable, accessible, and universal health system in which maternal and child health programs are integrated with programs for HIV and sexually transmitted infections.

“Cuba’s success demonstrates that universal access and universal health coverage are feasible and indeed are the key to success, even against challenges as daunting as HIV,” said PAHO Director, Dr. Carissa F. Etienne. “Cuba’s achievement today provides inspiration for other countries to advance towards elimination of mother-to-child transmission of HIV and syphilis.”