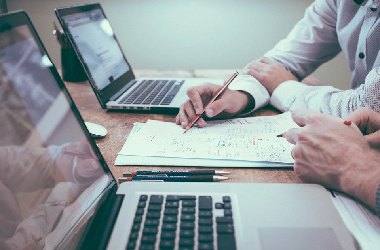 Cuba announced a substantial increase in private business activities in various sectors, implying a significant reform in this socialist country where the state and its enterprises dominate the economy.

The move comes at a critical time for the island’s economy, which contracted 11% last year due to the coronavirus pandemic, tightening U.S. sanctions, and the delay in implementing reforms approved a decade ago to boost its inefficient centralized model.

According to France 24, Cuba’s economy has lost much-needed tourism dollars this year. The country may also be attempting to liberalize trade with a new U.S. administration in power, hoping that the U.S. will end its embargo of the island.

Although the decision was announced several months ago as part of a package of measures to confront the crisis, it was not approved by the Council of Ministers until this week, according to a report published Saturday by the official daily Granma.

Cuba’s Minister of Labor and Social Security, Marta Elena Feitó, posited during the ministerial meeting that self-employed workers – known in Cuba as “cuentapropistas” – must present a project and the procedures will be carried out through a single window, “which will make it possible to unleash the productive forces in this sector.”

For the moment, it has not specified which are the 124 prohibited activities, but the elimination of the list of permitted occupations means that the private sector can venture into the more than 2,000 activities included in the National Classification of Economic Activities, said the minister.

According to El Colombiano, it is to be expected that among the restricted areas there will remain sectors such as health, education, telecommunications, energy or press, all of them strategic for the Cuban State for economic or political-ideological reasons, and in some of which foreign investment is not authorized either.

“It is good news. A step in the right direction that, unfortunately, took too long,” said economist Ricardo Torres. The specialist also hoped that this measure would be complemented as soon as possible “with similar changes in relation to the possibility of establishing private companies up to medium-sized companies (SMEs) and cooperatives,” in reference to the long-awaited Enterprise Law, whose approval is still pending.

“It is a huge and historic step. It implies a paradigm shift with respect to self-employment, which was always subject to a list of activities that could be developed, leaving illegal everything that was not authorized,” said Oniel Diaz, co-founder of the strategic consulting firm AUGE, which advises on the creation and management of entrepreneurial businesses in Cuba.