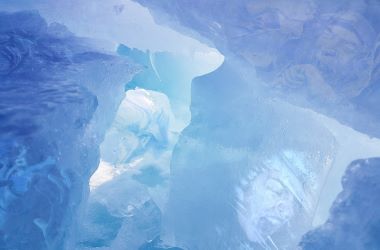 Image by Artie_Navarre from Pixabay

It is obligatory to express sympathy at any horror even if it is predictable, and by the foggiest of memories,  slaughters with deliberate barbarity are not alien to us or were inconceivable to any but the naive, or those of us who have already decided that the horrors of any infamy, regrettable as they are, they are not calls for wholesale changes to our ironic entitled and privilege rungs on our iconic social ladder. The greatest irony of all may be that the abused is eager and susceptible to climbing the social ladder at others’ painful expense.

Indeed, if we could only get rid of those who have committed the misdeeds, we would be rid of the depraved reprobates among us and our society would be the envy of the world as we would be free to live in peace. Or so we think.

It is identical to the rats thinking that if they could bell the cat, they would need not live in mortal fear but live their entitled lives.

That this thought is folly seems to have repeatedly escaped us. Consider this question: Are you entitled to live your life without regards to another’s welfare or anxieties? Before you answer, consider why your windows and doors are equipped with bars and why increasingly the defenses we employ are breached with heart rending consequences.

If we could have banished those, we consider rouges or claim a victory over them, unfair as that would be, we would have done so. Instead, we are left to despair our predictable but untimely slaughter or create of our anguish desolation -from which we seem unable to be delivered- a bounty that does not exclude sinners nor saints but instead with repressed sighs invite those with whom we are at odds to share our harvests.

It isn’t so much that we have been defeated by scoundrels but that our entitlements to live without regards to their anxieties have discovered painful limits in an environment in which they hold our lives in equal if not greater contempt to how we hold theirs. This is a no-win situation even as you have been assured otherwise by officials and security personnel’s and requires thoughtful engagement to thrive by allowing our better angels to lead us to a more fruitful places and experiences.

The conundrum we face is that our predicaments in terms of the tensioned relationships we have with our fellow countrymen are geared towards  conflicts which are becoming existential in nature, and result in fatal loss of face and stature if we cannot force those with whom we are locked in any struggle into submission. This is a recipe for preventative strikes to be launched at the earliest opportunity.

Simply put: “I am entitled to my life more than you are to yours” is the mantra we live by. But it should also become apparent that it is a mantra by which the other side operates and by the statistics we keep we are not winning this tensioned interaction.

The choice then becomes one of ratcheting down the tension by creative and innovative means. The simple truth of our ambushes by men we deem irredeemable, cowards and low life’s is that our contempt for them is no match for theirs towards us.

Perhaps their lives are not worth much, and they may even agree, but until we give them a reason to see their lives as valuable, they will endeavor that we pay a high price for ours. That is a bloody hell in which we are cripples and corpses, and if we escape with our lives we underachieve. Not because the lowlife bested us but because we held ourselves hostage to an entitlement idea that could not be accepted in good faith. There are men who would rather die than live as underlings even if they die as dogs. But this is not only their problem nor one they can resolve without our better selves.

We can extend our deepest condolences- to all- as we should, at every macabre massacre and slaughter, but as we sigh with the enormity of what our culture has demanded of us to be somebody in our own eyes, let the resolve be more than bringing perpetrators to justice or avenging the treachery of a preventative strike that harms us without regard for whose tit warranted our tat.

An eye for an eye makes our world full of blindness. That folly is preventable with imagination and courage. Be thoughtful.