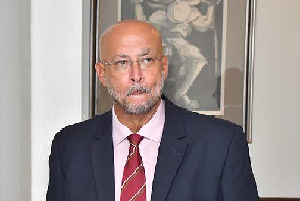 According to a press report, Cricket West Indies President Ricky Skerritt said that both captain Kieron Pollard and coach Phil Simmons have his fullest support, and there is no need for any immediate changes.

“I have no reason to believe there will be any change in coach and captain any time soon. But remember the captaincy is evaluated as is the coach. If the system says these guys are not the right people, we will deal with it. At the moment I don’t see anything coming at me that says these guys must go. Caribbean people like to take people down,” he reportedly said.

The President has defended the captain and the coach of the West Indies team amid media criticism and outcries from fans about how some players were being treated in the team.

“Phil and Pollard have a few, but loud, critics who want them gone for non-cricket reasons,” the President reportedly told Cricbuzz ahead of the West Indies team’s visit to India for a six-match white-ball series.

In an earlier press release, the President also said that attempts are being made to sow division and discord among the players by certain media personnel.

“I view this as a malicious attack on the credibility of the West Indies Captain, designed to sow division within our team that has just recorded three very impressive T20I performances against very strong opponents (England). This clear attempt by well-known mischief makers to discredit the captain should not be tolerated or encouraged,” said President Skerritt.