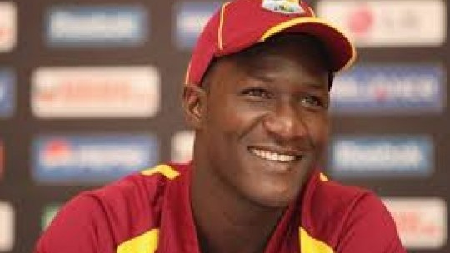 However, some pundits and fans still bemoan the loss of Sammy at the helm of West Indies cricket team.

Thank you very much for your correspondence dated August 10, 2016.

I have known for a long time of your deep interest and commitment to West Indies Cricket, but having said that, I must admit that I was taken by surprise by your letter. Therefore, I think I need to correct and/or clarify the process that was followed by myself as Chairman of Selectors. Please note that Mr. Courtney Walsh, Mr. Eldine Baptiste, Mr. Phil Simmons and myself consider cricket matters only when selecting teams and recommending a choice of West Indies captain to the Board of Directors.

Mr. Sammy has served well as T20 Captain and him along with the current group of players have delivered two World Cups and brought much pride to the Caribbean.

However, as we look forward to the next World Cup and begin to develop a team for our defense of that title, the selectors had to assess the suitability of the captain to take the team forward. The fact is Mr. Sammy’s personal performance as a bowling all-rounder has been lagging for over a year. A prime example of such it that Mr. Sammy bowled ten (10) overs between January 2015 to April 2016 in eleven matches which are less than an over a match and also has a batting average of 10.20 runs per innings for the same period.

The Captain of any West Indies team must have solid performances and Mr. Sammy did not meet such a standard, and therefore could not make the squad of thirteen as a player at this time.

Mr. Carlos Braithwaite who is a former captain of the Barbados team, West Indies High-performance team and the West Indies “A” team has a leadership background. The selectors firmly believe that Mr. Brathwaite’s strong performance as a cricketer, his deep commitment to West Indies cricket as evidenced by his service to regional and international cricket and his excellent attitude on and off the field, strongly qualifies him for the position. Mr. Brathwaite has a group of experienced players around him who can assist in the transition which the team needs to become one that can defend our title at the next World Cup.

As a former West Indies cricketer myself I would never hold a thirty-seconds conversation with Mr. Sammy on such a serious issue of captaincy. I do not think it serves any useful purpose at this stage to contradict Mr. Sammy’s interpretation of that event. However, I made many efforts to get in touch with Mr. Sammy and finally reached him to convey the selectors’ decision which we intended to recommend to the Board.

I note your suggestion regarding Mr. Sammy’s further involvement but these are matters that should be handled by West Indies selectors and team management only. The role would suggest that Mr. Sammy has retired from T20 cricket and we have received no such official notification. I would urge Mr. Sammy to take advantage of the regional competitions and put in strong performances and attempt to regain his position in the ODI and T20 teams.

Note, many cricketers and even great cricketers have been dropped, have re-established themselves and have returned to the West Indies teams. The next World Twenty20 is due in 2018.

I think your action in writing to me on these cricket matters as Chairman of Selectors, is unprecedented. That notwithstanding, I have responded to you as honestly and as frankly as I can. I hope that you would have confidence in the capacity and judgment of the selectors and myself to take the best decisions in the interest of West Indies Cricket based purely on the principles of selection that we follow.

On occasions, selectors are required to make tough decisions including the removal of a captain, but cricket performance and the best interest of the team always guide these decisions as it does now in the case of Mr. Sammy.

Finally, on a more positive note I hope you are enjoying the fighting performance of our young Test team against number two-ranked team India; many of whom are beneficiaries of the new Professional Cricket League (PCL) that was implemented recently by the West Indies Cricket Board. That League is about to start its third season in November this year.