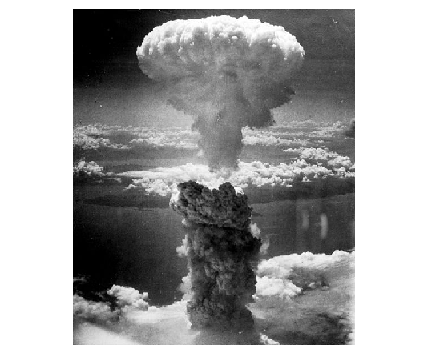 Robert Gleason, author and publisher, believes that there is a real strong possibility of a nuclear event in the United States sooner than later. He credits his belief to the extensive research he has undertaken along with feedback he has had from top officials, government personnel, and agencies.

In a coasttocoastam.com radio broadcast, he detailed the various countries and terrorist organizations that could be involved in such an attack and the weaknesses in security at nuclear power plants and national laboratories.

Gleason identified Pakistan as one of the countries posing the great threat as they are among the best armed and most professional terrorists and have successfully mounted attacks on Pakistan’s fortified nuclear facilities. He warned that building a Hiroshima-style terrorist nuke was not particularly far fetched, and that stealing nuclear bomb fuel in the United States was as easy as taking candy from a baby.

He also noted that nuclear weapons labs and power plants worldwide can be breached easily. He added that at the biggest U.S. nuclear bomb-fuel storage site, mock-intruders successfully smuggled out nuclear bomb-fuel in 80% of their attempts. Throughout other weapon labs, it’s about 50% he bemoaned.

He posited the view that given the lapse in nuclear security plants in the United States, countries such as Russia, India, and Pakistan which are plagued with corruption, bribery, and skullduggery would probably prove to be an easier target for stealing nuclear bomb- fuel.

“A nuclear power reactor is a de facto nuclear bomb-fuel factory,” he declared.

As a nuclear deterrent, he suggested closing plants, but at the current time he doesn’t think that will happen anytime soon, because too much money is at stake.

Gleason likens a nuclear strike as having the making of end times as referenced in the book of Revelation in the Bible.