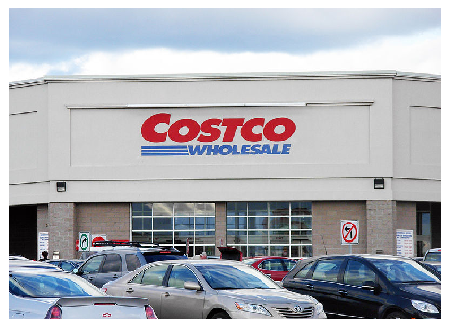 Costco Wholesale Corp. is set to raise its minimum wage for the first time in nine years by a $1.50 an hour as the labor market bounces from a high of 10.8 percent in 2008.

Today, the unemployment figures have dropped to 4.9 percent; thus, the rivalry between competitors for labor has forced a pay day raise for workers.

The American-owned-membership-only Warehouse club, Costco Wholesale Corporation, not wanting to be caught napping, has pushed the envelope by offering at least $13-to-$13.50 an hour to workers, up from $11.50-to-$12 an hour.

Consequently, the company will see its earnings cut for the next three months by 1 cent and by 2 cents in the following three quarters, according to company’s spokesperson.

Wal-Mart Stores Inc., which operates the Sam’s Club warehouse-style chain, a Costco competitor, increased wages to $10 an hour this year and gave an increase to more than 1 million workers.

Costco didn’t say how many of its 117,000 employees would get a raise.

“It will help, and it is important to do,” said Richard Galanti, Costco’s chief financial officer. “This is a physically challenging job. You’re on your feet, lifting cases, moving carts, and we thought it was time to do it.”

Costco’s highest hourly pay is about $22.50, and the company plans to give those workers about a 2.5 percent raise this year, Galanti said. It takes a full-time Costco employee about four years to reach the top of the pay scale, he said.

Costco reported latest earnings fell 8.7 percent to $546 million, or $1.24 a share. Analysts had estimated $1.28 a share, on average. Same-store sales in the U.S., a closely watched measure by investors, increased 4 percent, excluding the negative impact of lower gasoline prices and foreign-exchange rates. That compared with an estimate of 4.9 percent.