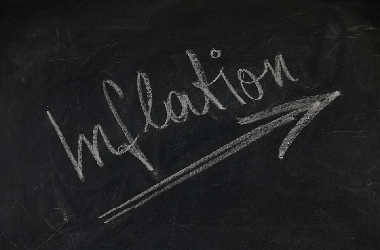 Cost-push inflation (also known as wage push inflation) occurs when the overall prices increase due to the increase in production costs such as wages and raw materials.

This type of inflation can lead to lower economic growth and negatively impact living standards.

The causes of cost-push inflation are many and varied. They include:

Many of the foregoing factors over time may occur on a temporary basis within the economy.

Thus, for the most part, Central Banks are tempted to be more tolerant of this type of inflation as it is often viewed as transitory.

That said, many economists have argued that at the outset of any inflation, people are tempted to bargain for higher wages, thus causing a more sustained inflation.

Today, we are seeing cost-push inflation stemming from the following:

Former Prime Minister Bruce Golding had an interesting piece in the Jamaica Observer dated June 5, 2022. He rightly noted that “for more than 40 years inflation was the bane of our daily lives. Between 1974 and 2014, average annual inflation was more than 16 per cent. Price increases would hit us with almost every visit to the supermarket.”

He also questioned the cry of “some elements in the private sector” and appealed to them to put forward a better alternative than the current policies the Bank of Jamaica (BOJ) has adopted.

The fact of the matter is the higher interest rates adopted by Jamaica and other countries have far-reaching implications and cannot be readily dismissed.

For example, Jamaica’s Gross Domestic Product (GDP) growth over the years has remained negative to low single digits for more than four decades.

The truth is if interest rates are pushed too high, the economy could easily slide into a recession.

Golding did not address the supply-side policies that the government ought to consider in addressing some of the current vagaries in the economy, which one assumes the local private sector may be concerned about, and rightly so.

The fact is apart from the interest policies, the government should also take on board the following:

Revisit the Petrocaribe Agreement with Venezuela

Increase investment in alternative sources of energy — wind and solar

Roll back the gas tax

Though the result of adopting supply-side policies may not be evident in the short term, the government cannot afford to be interest rate centric.