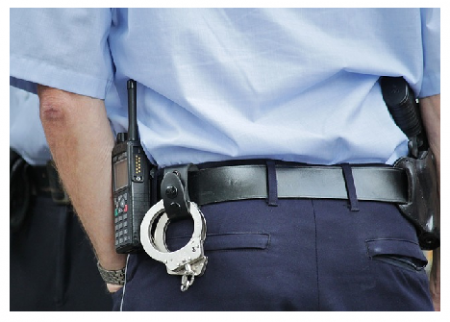 If we must die—let it not be like hogs

Making their mock at our accursed lot.

If we must die—oh, let us nobly die,

So that our precious blood may not be shed

In vain; then even the monsters we defy

Shall be constrained to honor us though dead!

The recent spate in the killing of young black men by cops has not only attracted the attention of civil society but also law makers and the President of the U.S.

Moreover, the fact that these killings are happening in quick succession is certainly cause for alarm and the more quickly the issues are addressed and resolved, the better it is for the community and the country on the whole. It is important to note that police brutality against poor and underprivileged black men is not a new phenomenon but one that apparently seems to be endemic to the system of policing, historically.

The fact is over the years blacks have been at the receiving end of false arrest, intimidation, racial profiling, assault, and other abuses by the police.

Now, the most recent incident of police injustice and brutality is that of the death of Freddie Gray.

According to press reports, the 25-year-old Freddie Gray died in the hospital from spinal injuries a week after police took him into custody without cause as well as proper care after his arrest and complaint of being hurt.

This has not only sparked protest and violence in Baltimore, but also provoked anger and outrage across the country and in social media.

Today, speculation is rife over the behavior of the police and their policing tactics in black communities.

However, one can say with a great degree of certainty that if there are no changes in policing tactics, especially in inner city communities, very soon there will be looting, shooting, rioting, and killing not only in black communities but across all sectors of the society.

The fact of the matter is people for the most part act on the basis of perception, and right now the 99% believe that everything is stack against them in terms of justice and equal opportunity.

“It is not merely of some importance, but is of fundamental importance that justice should not only be done, but should manifestly and undoubtedly be seen to be done,” said Lord Chief Justice Hewart.