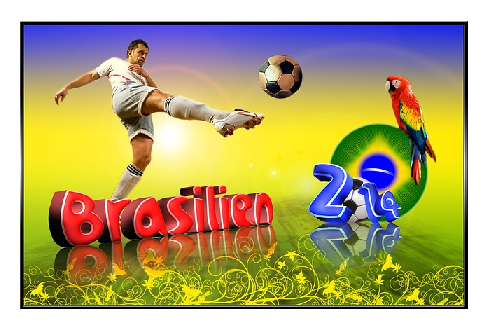 Brazil will be the center of attention for millions of football lovers around the world as they tune in to watch the month-long 2014 Fifa World Cup tournament currently being played in that country.

However, not many people are aware of these 10 interesting facts about Brazil.

1. Brazil is the largest country in both South America and the Latin American region.

2. Brazil is the largest Portuguese-speaking country in the world and the only one in the Latin American region.

3. It is the fifth largest country both by geography and population.

4. The Brazilian economy is the world’s seventh largest by nominal GDP and purchasing power parity.

6. The earliest pottery found in the Western Hemisphere was excavated in Brazil.

7. Brazil has the second highest Christian population in the world.

9. Brazil has the largest rainforest of the world – the Amazon forest.

10. Brazil has the largest black population outside Africa.