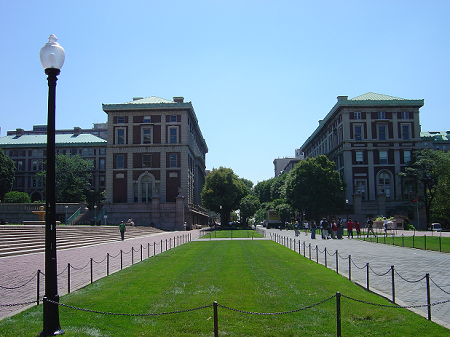 To How The Visual System Perceives Movement

The process of how one selects, organizes, interprets, and responds to information from the world around him or her remains a fascinating and intriguing subject matter for scientists over the years. In other words, what’s happening inside the brain as one seeks to make sense of his or her surroundings.

Rudy Behnia, PhD, assistant professor of neuroscience and a principal investigator at the Mortimer B. Zuckerman Mind Brain Behavior Institute at Columbia University is seeking to find that out.

“For most of us, it’s hard to imagine a world where we can’t see motion, shapes, and color; where we can’t have a representation of the physical world in our head,” Behnia noted in a piece on http://zuckermaninstitute.columbia.edu/news/locating-brains-motion-detectors.

She further noted that such representation does not happen automatically as the brain has no direct connection with the outside world.

“It interprets information taken in by our senses,” she added.

The focus of Dr. Behnia’s study is to gain insights on how the brain builds these representations and how motion is seen.

She posited that understanding vision — and motion — could tell a lot about how the rest of the brain works.

“Uncovering how nerve cells in the brain actually perform computations in the visual system also tells us how they can process information in general,” she argued.

Dr. Behnia’s studies have its origin in how fruit flies see motion.

She noted that although the visual system of fruit flies is simpler than people, it contains enough similarities that general principles can be extracted and applied to both.

Her research involves presenting various visual stimuli to flies, such as flashes of light or moving bars, while recording the activity of single nerve cells, called neurons, in their brains.

Certain predictions derive from a theoretical model presented 60 years ago had already described how simple wiring could detect motion.

In connection to this earlier finding, she has set out to find out whether neurons might behave this way in the fruit fly.

She has so far demonstrated that at least some of the predictions of this motion model are indeed carried out in the brain.

Now she is working to understand the process in more detail and expanding her exploration of the brain to study neural mechanisms for color vision.

Dr. Behnia likes to remind people that the world in their heads is not the real world.

“What is visible to us might not be to other animals, and vice versa. This is because our senses are adapted and shaped to fit our needs. For example, humans cannot see UV light, but many insects can, such as bees who use UV vision for flower identification,” she declared.

“All we have in our brain is an interpretation,” she added.