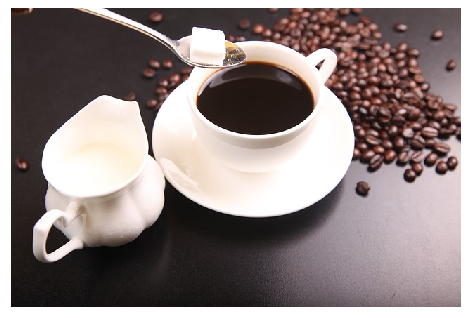 We want to do a lot of stuff; we’re not in great shape. We didn’t get a good night’s sleep. We’re a little depressed. Coffee solves all these problems in one delightful little cup. Coffee is a brewed drink prepared from roasted coffee beans, which are the seeds of berries from the coffee plant. It is grown widely around the world especially in equatorial regions such as that of the Americas, Southeast Asia, India, and Africa.

It is believed that the plant was first cultivated in Ethiopia and Yemen.

Today, coffee is a major export commodity and is often referred to as black gold.

It is brewed and served in a variety ways — drip brewed, percolated, and French-expressed, among others.

The health benefits of coffee has been touted globally as more and more people continue to turn to the brew as their favored drink, hot or cold.

That said, there has been a long and continued dispute on whether coffee is beneficial or harmful.

In 2012, the National Institutes of Health–AARP Diet and Health Study analyzed the relationship between coffee drinking and mortality. They found that the amount of coffee consumed correlated negatively with risk of death, and that those who drank any coffee lived longer than those who did not.

However, the authors cautioned, “whether this was a causal or associational finding cannot be determined from our data.”

A similar study with similar results was also published in the New England Journal of Medicine in 2012.

Now, there is a new twist to the use of coffee as it is said that topical caffeine offers anti-cancer, sun protection benefits.

In a recent article in the Jamaica Observer, Dr. Simone Van-Horne, a consultant in Internal Medicine, noted that caffeine is relatively new to the skin health industry.

She said “caffeine has the proven ability to reduce the production of sunburn cells because it absorbs UVB radiation. Whether we put caffeine on the skin or drink it, studies have shown that free radicals caused by sun exposure are dramatically reduced.”

In addition, she stated that caffeine has the property of ridding the skin of damaged cells which may be cancerous.

“We develop damaged cells every day, some of them cancerous. We have a very complex system, however, which recognizes damaged cells and causes them to be removed. This process involves a cell called the killer T-cells. Caffeine increases these cells, and studies have shown, unequivocally, that more damaged cells are purged before they have the chance to develop into a tumor,” she declared.

The fact is coffee has also covered other frontiers; today, it is incorporated with alcohol to produce a variety of beverages, for example, it is combined with whiskey in Irish coffee, forms the base of alcoholic coffee liqueurs such as Kahlúa and Tia Maria as well as used in the brewing process of darker beers, such as a stout or porter.