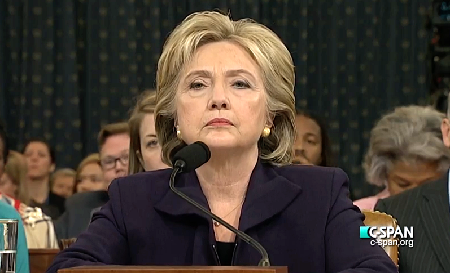 “Let me say this. Let me say something that may not be great politics. But I think the secretary is right. And that is that the American people are sick and tired of hearing about your damn emails!” — Bernie Saunders

Hillary Clinton’s campaign continues to be plagued by controversies of all sorts, the latest being the happenstance of a ‘hello meeting’ between her husband Bill Clinton and the U.S. Attorney General Loretta Lynch on an airport tarmac.

In the meantime, Hillary had her first meeting with FBI officials on matters concerning her e-mail. The meeting which reportedly lasted for over three hours comes on top of reams or bandwidths of email released by the former Secretary.

So far, there is no smoking gun, except to say that the setting up of a private email by Hillary was not only stupid but damn stupid.

The politics of the situation does not smell well and the man hours and cost spent conducting an investigation of this sort could be better spent elsewhere.

In the aftermath of the meeting with the FBI, Clinton reportedly told the press she “never received nor sent any material that was marked classified.”

When asked who advised her that it was legal to have a private server, Clinton reportedly said that she wouldn’t “go into any more detail than I already have in public many times…out of respect for the process the department is conducting.”

In the meantime, Clinton continues to show a trust factor deficit as shown by a latest NBC News/WSJ poll which puts Donald Trump in a 41%-25% lead over her on the question of who would be better at “being honest and straightforward.”

Clinton reacted to those numbers in an interview with NBC’s Chuck Todd by saying “I’m going to continue to put forth my record, what I have stood for, do everything I can to earn the trust of the voters of our country. I know that’s something that I’m going to keep working on, and I think that’s, you know, a clear priority for me.”

“When you’ve been in the eye of the tornado for as long as I have, I know there’s a lot of incoming fire, I accept that,” she also said.

The fact is, this email investigation is amounting to be nothing more than a witch hunt to not only tarnish Hillary but to stop the Democrats from holding on to the White House in a Presidential election year.

The Republicans have already passed judgment and as Donald Trump, the party’s nominee in the presidential race has put it, “I will say this; Hillary Clinton has got to go to jail.”

Now, unlike Trump who has accused the U.S. District Court Judge Gonzalo Curiel, a federal district judge in the Southern District of California of not being able to give him a fair hearing in a court case because of his Mexican heritage, there is no hue and cry among members of the Democratic Party that James Brien Comey, Jr. the current Director of the Federal Bureau of Investigation, a known Republican Party card carrying member will be biased in his email investigation against Hillary.

That said, one has to wait to see how the investigation pans out – something tells me, its a lot of smoke!