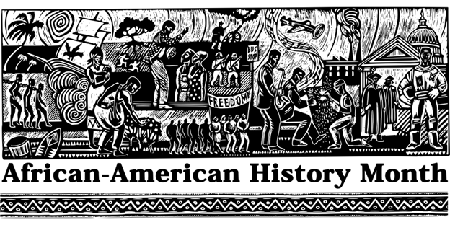 Renowned Jamaican author and scholar Clinton Chisholm, in a column in the jamaicaboserver.com titled, Shoddy Arguments About Blacks In History calls for a greater display of astuteness, acumen, and sensitivity in the discourse of racial issues.

Chisholm take is rather poignant as the celebratory black history month takes front and center stage in February.

“Afrocentrism and black consciousness are necessary as correctives to white myth-making ventures and as means of enlightenment for blacks,” Chisholm noted.

However, he also noted that there is a need for greater linguistic care and balance in some of the assertions being made.

He opined that although racial pride and dignity are important, it should not come at the expense of half-truths, arrogance, hubris, and egotism.

Chisholm cited the works of two authors to illustrate his point on what obtains today in scholarly circles. This he described as an admixture of truth and myth.

“[The ancients, Herodotus, Diodorus, Pliny, Tacitus, et al] have unanimously informed us about one fact which had come to their attention and about which they could not be mistaken: the race of the Egyptians. They all tell us that the Egyptians were Negroes, like the Ethiopians and the other Africans, and that Egypt civilized the world…

“[Negroes] were the first to invent mathematics, astronomy, the calendar, science, the arts, religion, agriculture, social organization, medicine, writing, technology, architecture… In saying all this one simply asserts that which is, in all modesty, strictly true and which no one, at this time, can refute by arguments worthy of the name.” — Cheikh Anta Diop

Chisholm argued that the foregoing is not only set and written with linguistic carelessness but also is contextually flawed.

“We could call it one basic problem: failing to prove what you have proudly and arrogantly asserted. Every person, like every group of individuals, needs to take pride in self or one’s kind, but not at the expense of truth or of respect for others,” stated Chisholm.

He also argued that if people are to experience genuine harmony the respect for one another’s history and culture ought to be part of the narrative.

“Indeed, if we reckon with the fact of miscegenation or interbreeding over millennia and therefore the relative rarity of any ‘pure race’ today, racial pride would be tempered with humility and ethnocentric arrogance would be seen as an exhibition of vanity,” he posited.

More importantly, he noted that the accident of what one has done or achieved, personally or ancestrally, can ground one’s pride, but should be seen as secondary to the fact that everyone belongs to the human family and are alike, human beings created by and in the image of God.