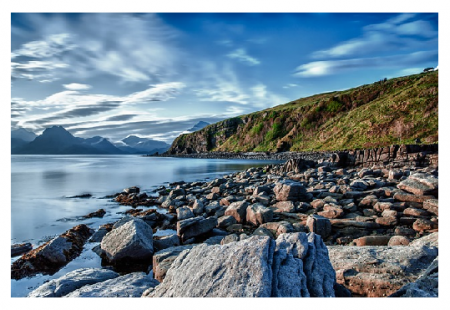 The President, in his weekly address, called the nation’s attention to Earth Day. He posited that this is a day that one should not only celebrate and show appreciation for but ought to be reminded that the earth is the planet called home and ought to be protected.

He lamented the fact that there’s no greater threat to our planet than climate change.

He noted that 2014 was the planet’s warmest year on record. Moreover, he said that fourteen of the 15 hottest years on record have all fallen in the first 15 years of this century.

“This winter was cold in parts of our country – as some folks in Congress like to point out – but around the world, it was the warmest ever recorded,” he said.

The President argued that the fact that the climate is changing has far reaching implications for the way people live today. “Stronger storms.  Deeper droughts.  Longer wildfire seasons. The world’s top climate scientists are warning us that a changing climate already affects the air our kids breathe.  Last week, the Surgeon General and I spoke with public experts about how climate change is already affecting patients across the country.  The Pentagon says that climate change poses immediate risks to our national security,” he warned.

He said that on Earth Day he will be going to visit the Florida Everglades to talk about the way that climate change threatens our economy.  The Everglades, he stated is one of the most special places in our country, yet one of the most fragile.

“Rising sea levels are putting a national treasure – and an economic engine for the South Florida tourism industry – at risk,” the President remarked.

He stated further that climate change can no longer be denied – or ignored.

“The world is looking to the United States – to us – to lead.  And that’s what we’re doing.  We’re using more clean energy than ever before.  America is number one in wind power, and every three weeks, we bring online as much solar power as we did in all of 2008.  We’re taking steps to waste less energy, with more fuel-efficient cars that save us money at the pump, and more energy-efficient buildings that save us money on our electricity bills,” he argued.

The President listed the fall of carbon pollution by 10 percent as well as the longest streak of private-sector job growth on record as steps in the right direction. He also underscored the point that his administration has committed to doubling the pace at which carbon pollution is cut, and moreover, noted that China has committed, for the first time, to limiting their emissions.

He explained that because the world’s two largest economies have come together on this issue, there’s new hope that, with American leadership, this year, the world will finally reach an agreement to prevent the worst impacts of climate change before it’s too late.

“This is an issue that’s bigger and longer-lasting than my presidency.  It’s about protecting our God-given natural wonders, and the good jobs that rely on them.  It’s about shielding our cities and our families from disaster and harm.  It’s about keeping our kids healthy and safe.  This is the only planet we’ve got.  And years from now, I want to be able to look our children and grandchildren in the eye and tell them that we did everything we could to protect it,” the President concluded.